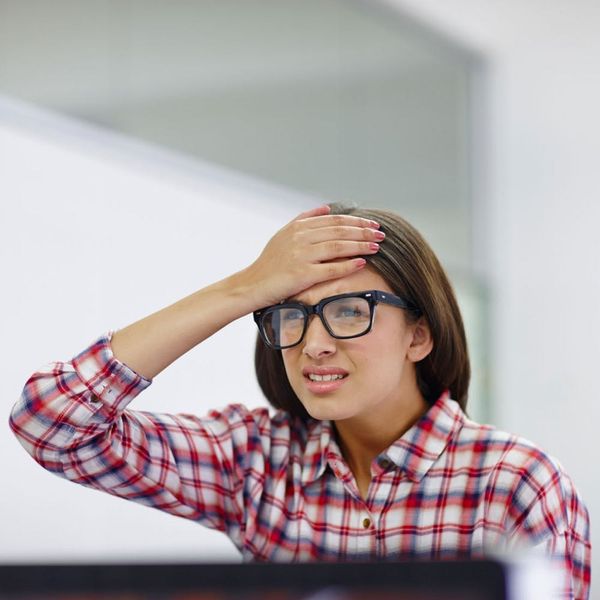 With the challenges of an already saturated and oftentimes frustrating job market, there are some serious horror stories out there on both sides of the interview desk. If your last interview hit a snafu or two — you showed up late, you let out a curse word or you answered an early question poorly — just try to let it go. You generally can’t get a do-over, but you can take comfort in the knowledge that hiring managers have seen worse – much worse. You can also use that interview experience to hone your career skills and step up your game to impress that hiring manager, rather than leave her scratching her head in a “WTF?” moment. Here, eight hiring managers share their best and worst interview stories, starting with the doozies.

1. She applied, but she didn’t want to come in to interview. “I once had a candidate tell me she could not interview for a position because she was busy all day canning green beans.” — Carlie Meyer, branch manager, Robert Half Finance and Accounting

2. He showed up for the interview soaking wet. “On a particularly rainy day, I interviewed a gentleman who forgot an umbrella and arrived for his interview completely soaked. Even after endeavoring to dry off in the restroom, he was still dripping wet and couldn’t focus and didn’t answer any questions well. And I felt compelled to keep handing him tissues.” — Alyssa Gelbard, founder of Resume Strategists Inc.

3. Her attire spoke for her sense of good judgment. “A female job seeker arrived wearing a backpack that looked like a stuffed animal.” — Sheena Neal, division director, OfficeTeam

4. He brought his guitar. “One of my most memorable interviews was with a marketing candidate who thought it would be clever to bring in his guitar and perform an original song during the interview. The song lyrics were about how badly he wanted the position and what he could bring to the table. He sang so loud that others throughout the office could hear him. It was quite awkward, to say the least. Ultimately, we passed on the applicant, but it was definitely an interview for the books.” — Manijeh Noori, project manager at The Zebra

1. She was extremely polished, every step of the way. “Not only did she impress the recruiter who screened her prior to the interview, but she impressed me as well. She had clearly thought about how to interview and she answered the behavioral-based interview questions with strong examples. She was clear and concise with her answers and very polished and professional with her approach. I was trying to add a strong facilitator to the team and she demonstrated through her demeanor and examples that she was that person. By the time we did her demo by video conference, she was the leading candidate and got the job.” — Laurie D Battaglia, founder of Living the Dream Coaches, former VP of Learning and Development at Wells Fargo

2. She showed up with a sample project specific to our company. “She wrote out a new social media campaign with an estimated number of new customers we could reach. She also had a media contact list, with highlighted reporters whom she already contacted and would be interested in covering a story about our company. The applicant not only impressed me in the interview with her professional demeanor, but that she already started taking action. I had told her that there were other applicants I was still interviewing, yet she gave me the social media campaign and the contact information of those reporters. People who are interviewing for a position forget that they need to do something special, bring something that others don’t have. My applicant did.” — Leeyen Rogers, VP of Marketing at JotForm

3. She made checking her references really easy for me. “When a candidate handed me her list of references (along with corresponding letters of recommendation), she stated, ‘I have called each and every one of these references and apprised them that you would be calling soon. All are waiting for your call and happy to assist me in my job search.’ This candidate showed that she did her due diligence. And when I called her references, they were outstanding.” — Kelly Workman, vice president, OfficeTeam

4. Her questions were so on point, as if she was already part of our team. “I recently interviewed a young woman for a junior role at QuadJobs. It quickly became clear that she’d done her homework and spent a lot of time on our site understanding the user experience, and she had some great questions about goals and key metrics. Some were the same questions we often ask ourselves at weekly meetings. I couldn’t believe how on the pulse she was.” — Audra Newman, founder of QuadJobs

Do you have any tips on how to master the art of the job interview? Tweet us @BritandCo!

This post was originally published on Levo League by Corie Hengst.