5 Best Apps of the Week: An App That Lets You Narrate Your Life + More! 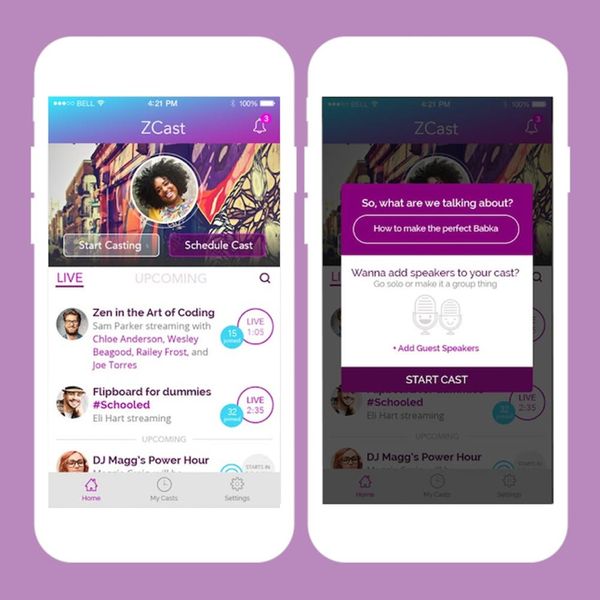 Whether you’re stuck indoors thanks to inclement weather (hey, Winter Storm Jonas) or cruising around town on your day off, you + your smartphone are going to want to tune in for this. It’s best apps of the week time again, and we’ve got some SERIOUSLY good downloads for you this week. First of all, Adobe has completely revamped their Voice app, giving you an even more gorgeous app. Also, Kickstarter is bringing their site to an Android app. And that’s not all! Check out what we’ve rounded up for you below.

1. Adobe Voice: Narrate your own story in Adobe’s totally overhauled voice app (which used to only be on the iPad but is now debuting for the first time on iPhone). Choose which photos you’d like and the app will assemble cinematic elements like music and motion for you to make your own wholly customized movie. Pretty nifty, eh?

2. Kickstarter: Ah, Kickstarter. We have so many cool new inventions thanks to the crowdfunding site. And now, the long-awaited Kickstarter Android app has finally dropped in the Google Play Store! That means you can discover and back some of the coolest, most innovative tech and projects out there with a few taps of your finger.

3. Waffles: If you’ve always wanted to be a news anchor, Waffles is an easy way to achieve your dream. The app allows you to broadcast wherever and whatever you’d like. You can also follow along and watch the reports of other anchors. The best part is when you get views, you actually earn money. Crazy.

4. Lugg: It’s a good day to be an Android user, because yet another super popular iOS app has made its Android debut. Lugg is an on-demand moving app that allows you to book on the spot, whether you need to move your entire apartment or just a piece of furniture. Simply tap, select your mover and pay, and you’ll have two movers at your pad in under and hour.

5. ZCast: Everyone can have their own podcast with ZCast. All you have to do is open the app, select the topic you’d like to talk about and start your podcast. You could also record it and stream your podcast at a later date. ZCast allows you to invite guests to speak on your podcast directly through the app or on Twitter.

Kimberly Wang
Kimberly Wang writes about all things pop culture, tech, style, and beauty. She's a Bay Area transplant and has an MFA in Creative Writing from Columbia University. On a sunny New York day, you can find her hanging out with her mini schnauzer Isabelle Jellybean on a blanket in Central Park.
Android Apps
Tech
Android Apps Apps
More From Tech