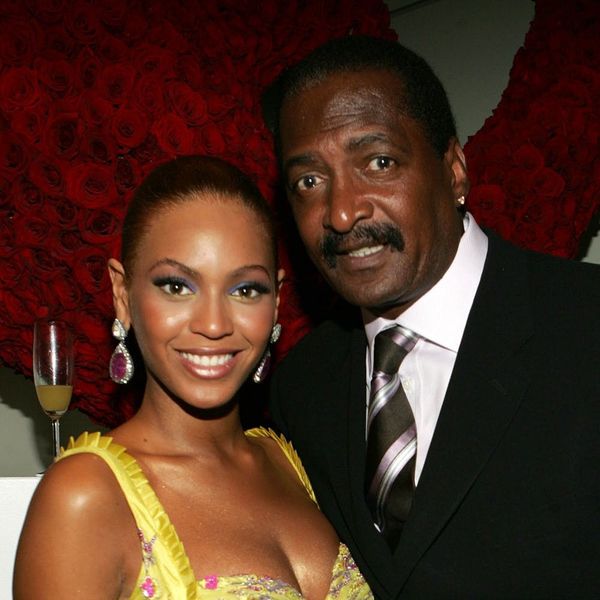 When news broke that Beyoncé had reportedly given birth to her twins, her fans had an all-out meltdown. While details — like the sex of the babies — have started to trickle out, there’s still been no official announcement from either parent. That’s why people are so mad at Beyoncé’s dad and his tweet about his new grandbabies.

“They’re here!” Matthew Knowles tweeted, adding the hashtags #beyonce #twins #jayz #happybirthday and a pic that read “Happy Birthday to the twins! Love, Granddad.” And though this would normally seem like a sweet message sent out by an excited grandpa, fans weren’t impressed.

“That was for Beyoncé to tell not you,” and “Just had to ruin it for Bey did you,” were the kind of responses that Knowles quickly received, addressing the fact that the official news should come from the parents themselves. Others pointed out the fact that it was pretty odd/icky to be using hashtags with Bey and Jay’s names to garner attention for the tweet.

There’s also the fact that the 36-year-old now-mother-of-three didn’t tell her dad about her pregnancy (possibly because of their supposedly strained relationship), which leads some to believe that this is a clear sign that he was in no place to announce the babies’ birth. While we don’t know whether or not Beyoncé and Jay Z cleared this tweet, it still seems a little strange.

With Beyoncé and the twins reportedly staying at least a week at Los Angeles’ Cedars-Sinai hospital to deal with a “minor issue” according to TMZ, it may still be a few days before we hear from the proud parents themselves, but let’s hope until then the other folks close to the family can keep their lips sealed and their excited tweets unsent.

What do you think about the fact that Matthew Knowles tweeted about the twins’ arrival before Beyoncé or Jay-Z? Let us know @BritandCo!