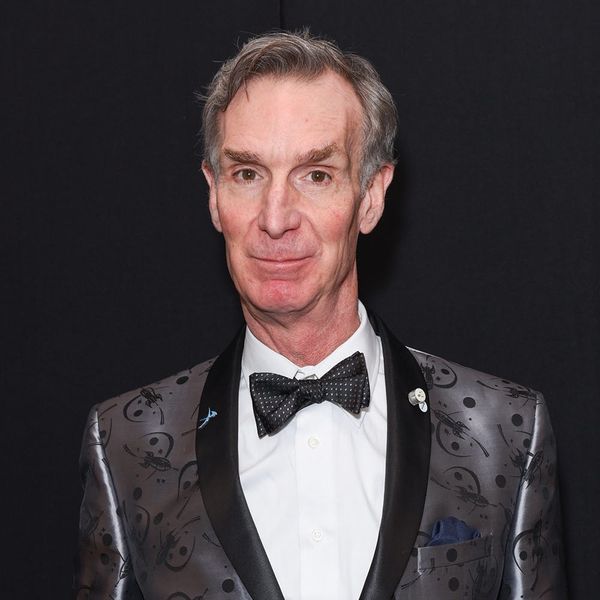 Bill Nye is a man of many talents. Our favorite “science guy” from the ’90s can tie the perfect bow tie and explain all things science in a super digestible way. Plus, he’s here to “save the world” with his upcoming Netflix show. Now Bill is adding one more thing to his very long resume: master of the catwalk.

The dapper 67-year-old made his runway debut walking for menswear label Nick Graham at Men’s New York Fashion Week on Tuesday as part of the line’s “Life on Mars” collection. He rocked the hell out of his silver gray tux with a rocket ship pattern and captivated the crowd at the same time. There was no strutting, but he did charm folks by pointing and smiling at members of the cheering audience.

Buzz Aldrin also made an appearance on the catwalk in a silvery space suit (so appropriate for the famed astronaut).

For those who can’t get enough Bill Nye: His new show Bill Nye Saves the World will be premiering this spring. Apparently, Karlie Kloss will guest star, and so will designer Nick Graham, who outfitted Bill for his show.

What do you think of Bill Nye’s runway look? Let us know @BritandCo!