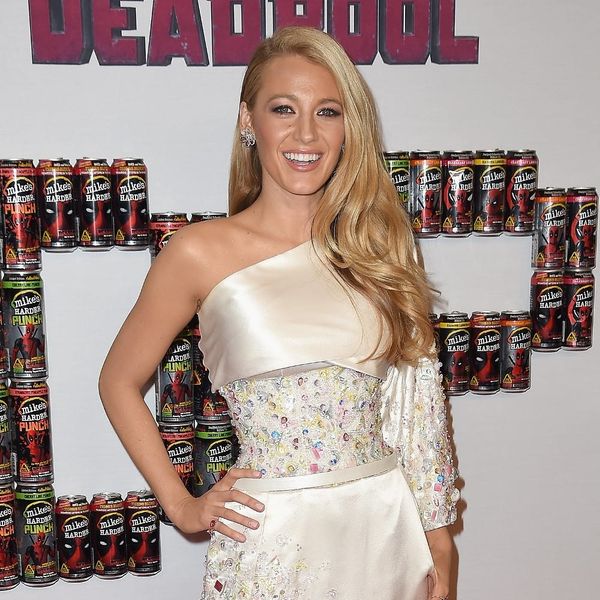 Blake Lively may appear to have made her fair share of strategic moves and opted for plenty of decent choices — especially if her award-winning career and the fact that she’s married to Ryan Reynolds are any indication. That’s why we can only assume that, along with her own skills and know-how, she’s had some stellar guidance along the way. But it turns out that the best advice she’s ever received may have actually been a lie.

Chatting with eTalk, the mama-of-two revealed that it was her own mother who gave her the most valuable advice of her life, saying, “Whatever it was, whether I was doing a school project, I was doing something creative, she would always say, ‘You can’t mess it up.’”

However, the 29-year-old admits that the statement isn’t exactly accurate. In fact, it’s downright untrue. “I mean, I could mess it up really severely,” she added.

Thankfully for Lively, the words of wisdom (however true or not) were exactly what she needed. She revealed, “[J]ust the fact that she told me I couldn’t [mess it up] almost made me feel like I couldn’t.” Because of that, the actress explained, “I took risks and I would do things I otherwise would have limited myself with.”

So, there we have it. True or false, the advice Blake Lively received definitely had a positive outcome. Thanks, mom!

What is the best (or worst) advice you’ve ever been given? Let us know @BritandCo!