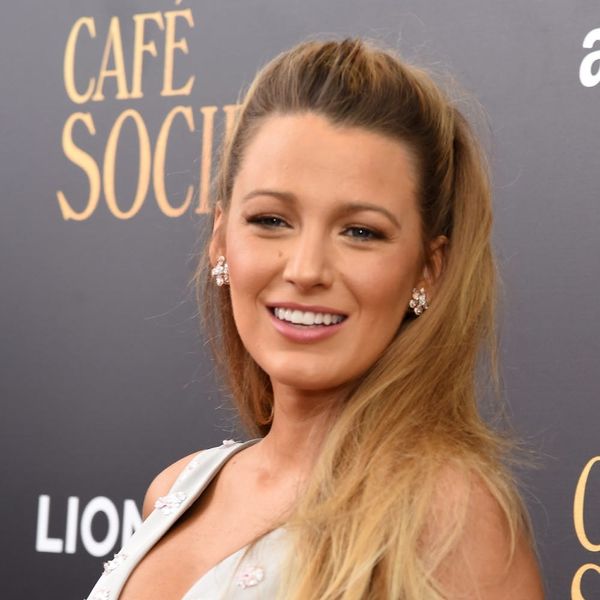 We’re well aware of Blake Lively’s style-slaying ability, even (or especially?) during her maternity months, not to mention her willingness to do whatever the heck she wants (controversy does NOT scare off this celeb). But we’re still jaw-droppingly shocked at her appearance at her BFF’s wedding just days after giving birth to baby #2. And not only was she there, she looked fabulous.

The mama to toddler, James, welcomed a second little one into the world last week with hubby, Ryan Reynolds. But you’d never know it if you were going by her Instagram pics. Not only has the baby not made an appearance yet on his/her mom’s active social media platforms (for a very good reason), but Blake hasn’t posted anything even hinting at the big event.

Instead, she was all about heading over to Tribeca to attend her bestie’s wedding.

Blake posted an adorable pic of herself giving the beautiful bride a kiss to Instagram with the caption, “Most beautiful bride on the planet. And the best friend I could ask for. @jessicarose617 thank you for being EVERYTHING. I love you.”

Blake, wearing a black coat with fluffy collar and cuffs along with gorgeous chunky buttons, looks incredible for someone who gave birth mere days ago. Granted, everyone experiences childbirth differently and Blake may have an army of help in these overwhelming days, but still, she’s slaying the post-partum vibe.

How long did it take you to get up and moving after giving birth? Tweet us @BritandCo!

Desiree O
Desirée O is a ‘Professional Bohemian’ who loves anything and everything related to the arts, entertainment, and pop culture. She ADORES being a ‘Newsy’ for Brit + Co, covering all of the latest tidbits of awesomeness that you want to read about. When she’s not writing, she’s either making messy art, going on long adventurous walks with her camera, or poking around over at bohemianizm (http://www.bohemianizm.com/). You can find out about Desirée O and her work at http://DesireeO.com/ or follow her on Twitter @DesireeO.
Blake Lively
Celebrity News
Blake Lively Celebrity Wedding