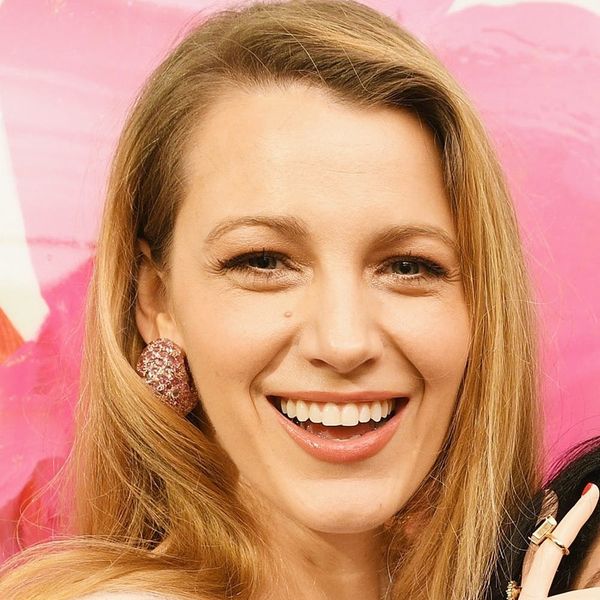 Blake Lively may seem like she lives a perfectly charmed life with a successful career, a loving husband in Ryan Reynolds, and two beautiful daughters. But that doesn’t mean that she hasn’t faced teasing along the way, which is why meeting Sesame Street‘s Big Bird was extra significant for the Hollywood star, who admits that she used to be compared to the iconic character. (And no, not in a good way.)

Last week, the actress posted a Boomerang to Instagram of herself on the set of the beloved kids show doing a little movin’ and groovin’ with the mostly Muppet-filled cast. She added the caption, “Finally. I have friends.”

The 30-year-old mom apparently can’t stop thinking about her debut on the long-running show and took to social media again today to pop up a pic of herself along with one of PBS’ most famous characters, Big Bird.

While the meeting was surely lots of fun, the star confessed that there was an added meaning to the moment for her. She continued, “Kids used to make fun of me in elementary school by calling me Big Bird (because I was ‘too tall’ and had ‘yellow’ hair).” Yep, even the Gossip Girl alum, who played the always stunning It-girl Serena van der Woodsen, has been teased about her appearance.

However, Lively wanted to use the opportunity for a moment of personal growth and perhaps even inspiration to her followers, adding, “Here’s to making best buddies with the things that once hurt you 🥂💗”

Have you been able to make peace with things you were once teased about? Let us know @BritandCo!

Desiree O
Desirée O is a ‘Professional Bohemian’ who loves anything and everything related to the arts, entertainment, and pop culture. She ADORES being a ‘Newsy’ for Brit + Co, covering all of the latest tidbits of awesomeness that you want to read about. When she’s not writing, she’s either making messy art, going on long adventurous walks with her camera, or poking around over at bohemianizm (http://www.bohemianizm.com/). You can find out about Desirée O and her work at http://DesireeO.com/ or follow her on Twitter @DesireeO.
Blake Lively
Celebrity News
Blake Lively