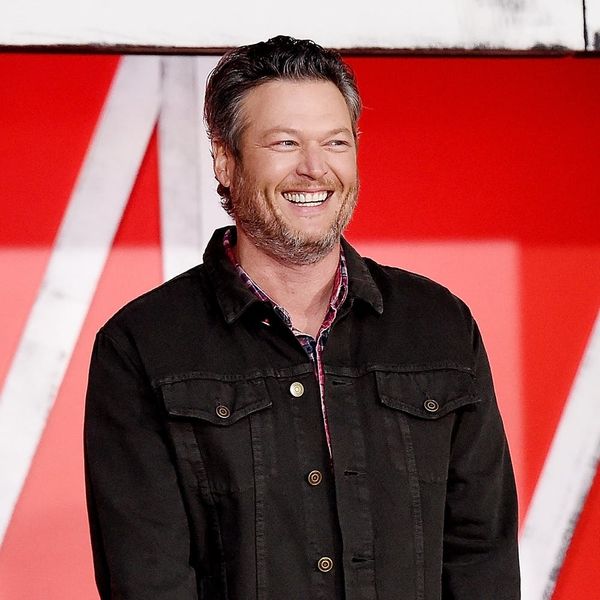 Country superstar Blake Shelton has been named People magazine’s Sexiest Man Alive for 2017, and he’s being anything but modest about it. Not only has he used the honor to mock his BFF and Voice co-host Adam Levine (who took the Sexiest Man title himself in 2013), but he has non-stop quips about being sexy — and knowing it!

Throughout Tuesday evening, Shelton updated his Twitter followers on all the “sexy” activities he was up to since receiving his new title, using the hashtag #donthatemebecauseimbeautiful. “I just made a drink… A sexy drink,” he joked, before sharing another post on the guilty-pleasure snack he was enjoying (a “sexy wet pickle”). He also complained about having the hiccups, before admitting that even THEY sounded sexy.

I just made a drink.. A sexy drink. #donthatemebecauseimbeautiful

I am eating a pickle. A sexy wet pickle… #donthatemebecauseimbeautiful

I have the hiccups… And they sound so sexy. #donthatemebecauseimbeautiful

Shelton was obviously having fun with the title, and admitted that when he heard the news, his first reaction was that the magazine “must be running out of people.” The Voice mentor says it was actually his girlfriend, Gwen Stefani, who convinced him to embrace it. “She goes, ‘Listen to me, you’re going to regret this for the rest of your life if you don’t take this gift and just live in the moment,'” he said.

#BlakeShelton is this year's #SexiestManAlive! 👀🔥😍 And most importantly, he 'can't wait' to stick it to his fellow #TheVoice judge (and former SMA) #AdamLevine.😂 |📷: @JoePug

The country crooner’s lady certainly agrees with the honor, as does Today co-host Hoda Kotb, but many others took the opportunity to playfully roast Shelton. “Congrats on the honor of being a man and being alive,” Carson Daly quipped, while Mindy Project actor Fortune Feimster said it gave her hope of being named sexiest man alive someday too.

@blakeshelton Not sure about the sexiest. But congrats on the recognition of being a man & being alive. Love you buddy!

Blake Shelton gives me hope that I too could one day be People Magazine's sexiest man alive.

Last year, The Rock was named Sexiest Man Alive, and before that, David Beckham nabbed the honor.

Shelton is obviously taking the whole thing with a grain of salt, and says he’s most excited to be able to rub it in Levine’s face. Nonetheless, he’s embracing it for what it is, telling People that a small part of him is all in on the honor.

What do you think about Blake Shelton being People’s Sexiest Man Alive? Let us know @BritandCo!