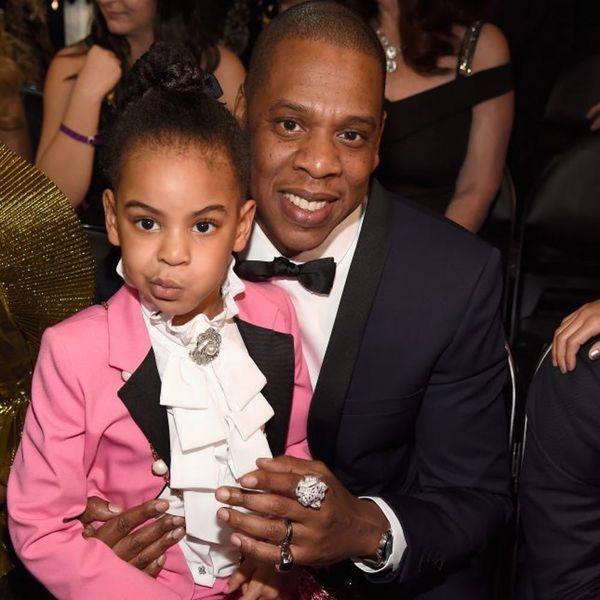 Blue, seated on her dad Jay Z’s lap, wore a bubblegum pink Gucci tuxedo suit ($1,100) with black lapels over a frilly white button-up shirt and a brooch — one of Prince’s signature accessories.

On the back of the suit was a furr-rocious embroidered black leopard. Her hair was tied up in an ultra long braid.

We got an even better look at Blue’s tux when she popped over to join host James Corden, Jennifer Lopez, John Legend, Faith Hill, Tim McGraw and Neil Diamond himself during some impromptu Cardboard Karaoke of “Sweet Caroline” during the show.

Pretty freakin’ adorable, if we do say so ourselves.