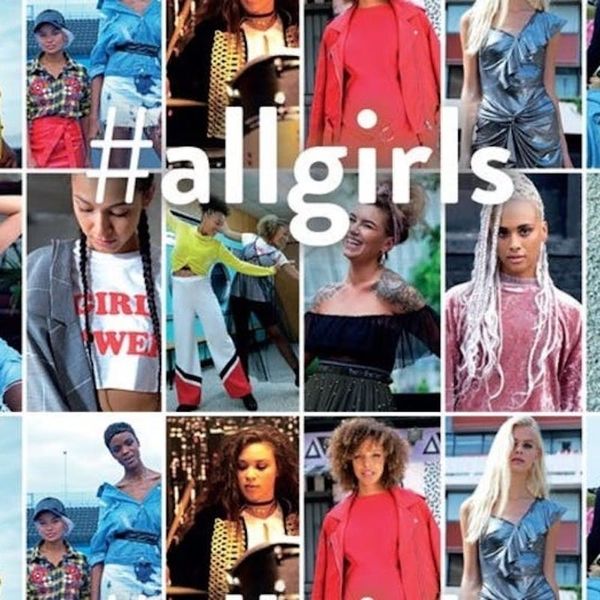 We love to see brands trying to serve as many different types of people as possible, and sometimes the attempts at inclusivity and diversity are major wins. Other times, they’re massive fails (we’re looking at you, Pepsi). Online retailer Boohoo recently launched a campaign aimed to break barriers, and the results just… missed the mark.

#ALLGIRLS has dropped and it's all about inclusivity and girl power, created by an ALL girl crew 💥boohoo is for all girls #allgirls ❤ pic.twitter.com/HfL4HYer67

The ad campaign titled #allgirls was meant to inspire empowerment and diversity. “#AllGirls has dropped and it’s all about inclusivity and girl power, created by an ALL girl crew boohoo is for all girls #allgirls,” the brand tweeted on August 7.

The brand even utilized their large social following (about 1.5 million followers on Instagram) to source their models. Boohoo wanted to “represent an inclusive range of shapes, colors, trends, and personal style, because all girls — regardless of skin color, body type, background, etc. — deserve to see themselves represented and celebrated.” Everything seemed promising regarding the crowd-sourced campaign, that is, until it actually dropped.

Besides one size-16 woman, there aren’t a whole lot of extended sized models — and folks noticed. Many took to Twitter to express their anger over the lack of inclusivity over Boohoo’s campaign that claimed to represent #allgirls.

Where are the fat girls? The disabled girls? The headscarf wearing girls? The trans girls? The girls I haven't listed? You're not #AllGirls https://t.co/IXS4f1Pifc

So the #allgirls campaign – plus size – this is our 1 product thanks to @boohoo 😂👍🏾 pic.twitter.com/5onQZ5zcrM

It is genuinely laughable that they think this is inclusive of #ALLGIRLS. Like, did anyone watch the video? https://t.co/OMG3glBN8q

So you have to be thin to be part of this #allgirls crew then Boohoo?

WHERE ARE THE CURVES AT YO 🤷🏼‍♀️ https://t.co/xraXc4CFmK

It’s not the first time Boohoo has caught heat for their lack of size inclusivity. Last year, the clothing brand was embroiled in controversy for charging more for their plus-sized options. This was definitely a missed opportunity to right their past wrongs. *sigh*

What do you think of Boohoo’s not-so-diverse campaign? Tell us your reaction to the reveal @BritandCo!

Elyse Roth
Elyse Roth is a freelance writer and editor who is a midwestern transplant in NYC. She loves to explore the city, plus you can find her at a Broadway show or the ballet usually once a week. When she's not finding things to do in New York, she's thinking about where she can travel next. She's combined her love for food and TV into a blog where she makes food eaten on her favorite TV shows at tvdinnerblog.com.
Controversy
Style News
Controversy inclusivity