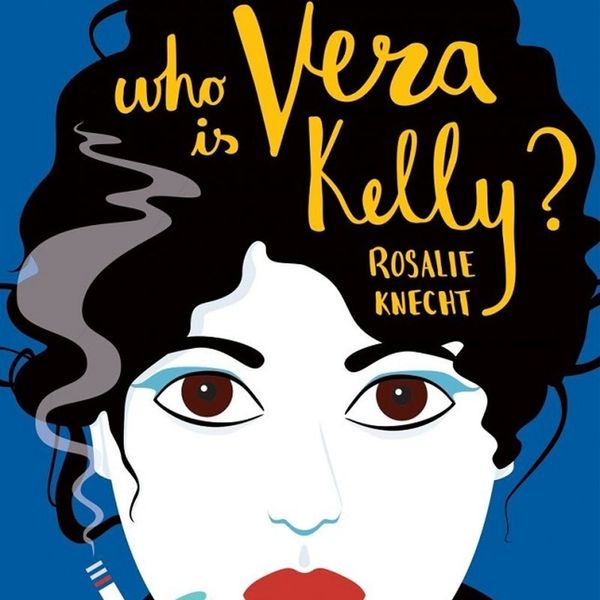 The three new books in this week’s book club all contain juicy secrets awaiting exposure. They’re full of mysteries and missions, detectives and whistle-blowers, and they will keep you in suspense until everything is revealed. While the novels detail the eternal struggle between those who want to keep the truth hidden and those who want to bring it to light, it’s not as simple as pure heroes and lying villains. If there’s one thing these novels show, it’s that everyone’s got a secret.

Vera Kelly’s path to working for the CIA in the 1960s isn’t exactly conventional; then again, nothing else about her is, either. In 1957, as a teenager, she’s trying to deal with an emotionally and physically abusive mother, suicidal thoughts, and a burgeoning attraction to women. When she starts failing at school, one final blow-up with her mother lands her in a juvenile detention center. Years later, she’s noticed for her behind-the-scenes work at a New York City radio station, and at 25, she’s rapidly entrenched in a spy mission in Buenos Aires, where there are pointed whispers of a radical regime change in the air. When things go south, Vera doesn’t know if she’ll make it out of Argentina alive.

Reality TV is all about exposing one’s supposedly secret life to an audience of millions, but even the “secrets” shown can be heavily edited to highlight some and hide others. Esther Ann Hicks, also known as Essie, has been on camera for as long as she can remember. Her evangelical family, headed by her preacher father and domineering mother, stars in Six For Hicks, a highly popular program reminiscent of the Duggars’ but with fewer children (Essie’s the youngest of the six). People love their squeaky-clean antics. Now, though, Essie is pregnant at 17, and when her mother finds out, a decision has to be made behind the scenes.

“My husband did not mean to kill Annie Doyle, but the lying tramp deserved it. After we had overcome the initial shock, I tried to stop him speaking of her. I did not allow it unless to confirm alibis or to discuss covering up any possible evidence. It upset him too much and I thought it best to move on as if nothing had happened. Even though we did not talk about it, I couldn’t help going over the events of the night in my mind, each time wishing that some aspect, some detail, could be different, but facts are facts and we must get used to them.” Though we know Lydia and Andrew Fitzsimmons’ big secret by the end of the first sentence of Nugent’s book, it’s why they did it that initially remains a mystery.
Ilana Lucas
Ilana is an English professor, theatre consultant and playwright based in Toronto, Canada. When she’s not at the theatre or insisting that literary criticism can be fun, she’s singing a cappella or Mozart, occasionally harmonizing with the symphony, or playing “Under Pressure” with her rock handbell group, Pavlov’s Dogs.
Book Club
Creativity
Book Club Books Goods
More From Creativity