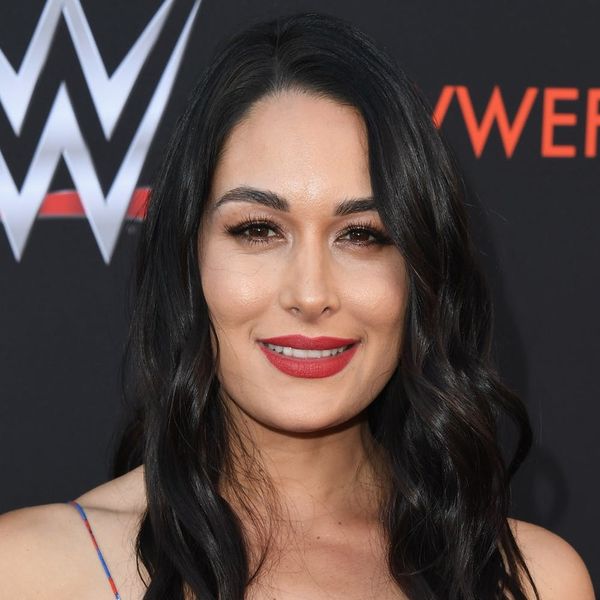 For the past through year, we’ve been riding on a rollercoaster of emotion as WWE stars Nikki Bella and John Cena became engaged on TV, only to call it quits 12 months later. With the couple expressing a desire to get back together and sharing an intense first-post split reunion, rumors have been swirling that the pair may actually have already patched things up. Now, Bella’s twin, Brie Bella is speaking out to clear up any misconceptions.

In an exclusive interview with E!, she revealed that though her sister and Cena remain apart, “They’re working on it. They need time,” she said. “They really need time to think about their futures and about what they want.”

Much of that future revolves around whether the two will have children or not— an issue they’ve butted heads over from the start. Cena, who has always expressed a desire to forgo a family, seems to have had a change of heart, telling Hoda Ktob and Kathie Lee Gifford that he would “love to have a family with Nicole.” But Bella says her sibling needs to process the information.

“To hear the man you love say that, it makes you be like, ‘Ugh, finally,” she told the outlet. “But also it’s taken six years to want that and six years of hearing ‘no, no, no.’ So it’s a lot for her to think about. There’s just stuff they have to work out.”

Still, she did confess that she does believe they’ll do just that in the end. “I feel like there will be a happy ending… But, I hope the happy ending is just them both happy… whatever path that leads them.”

Bella also spoke out after news of the couple’s split broke, telling fans via Instagram that she would never say hurtful things about the man that could have been her brother-in-law. “I’ll always love @johncena like a brother,” she wrote at the time. “He’ll always be family. My heart is hurting for he and my sister. #Truth.”

Do you think Nikki and John will get back together? Sound off over @BritandCo.