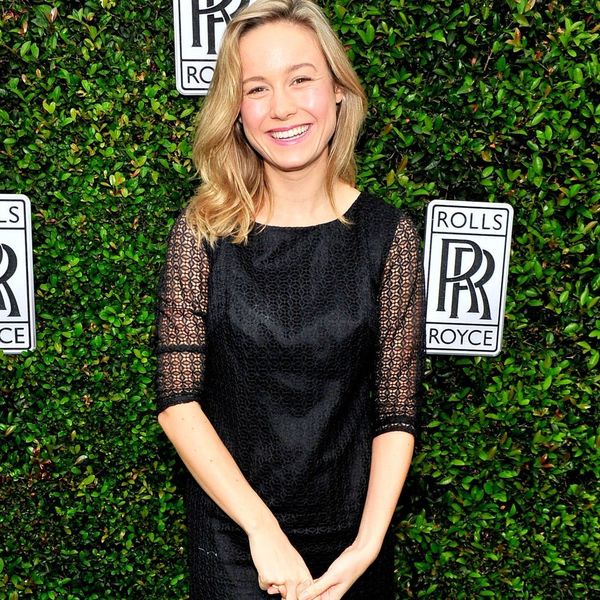 Watch out Katniss, Brie Larson is currently a girl on fire. We knew we could relate to the recent Best Actress Oscar winner after she shared an adorable photo of her at the Vanity Fair Oscar’s after party chowing down on a burger and rocking a pair of Converse. After doing a deep dive into Brie’s red carpet style we discovered this isn’t actually the first time Brie has traded heels for flats. In fact, her go-to red carpet shoe is surprisingly comfortable. And actually, it might even be the same as your dad’s. In case it’s not obvious, we’re talking about loafers.

Brie was photographed not once, not twice but THREE times in this same pair of classic black loafers. The fact that she opted to wear the same shoe three times on the red carpet is awesome on its own but what’s even cooler is how well she made them work for different occasions. In the middle you have a super casual outfit that still looks totally put together, on the left you’ve got something a little more formal with a bit of an edge and on the right is a number that would be perfect for everything from a daytime wedding to a weekend lunch with the fam.

If you’re lusting after Brie’s super practical shoe pick, unfortunately, we don’t know where she got this exact pair but we do know where you can get something similar. If you’re looking for an investment pair that’ll last forever we recommend this classic penny loafer from Bass Shoes ($110). If you’re on a budget check out ASOS’s vast selection of black loafers.