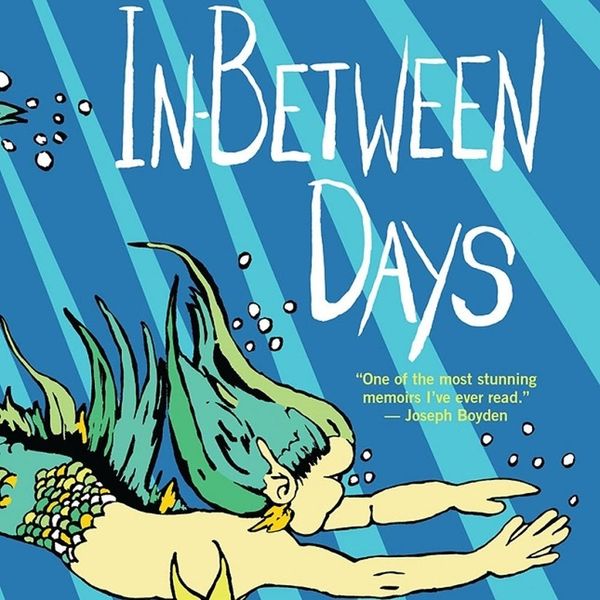 It’s been a bad year in many ways, but it’s been a great year for books. Fiction and non-fiction, short stories and sprawling speculative novels alike thrived in publication in 2017. We here at Brit + Co book club certainly couldn’t cover every volume that took to the shelves, but we’ve looked at a decent cross-section of literature. From the books we previewed in 2017, here are our completely unscientific monthly best bets, Part One, covering January through June. They’ll help you get political, grow your imagination a few sizes, and shed some much-needed tears.

1. January: The Bear and the Nightingale by Katherine Arden ($27): We decided that January, with its dark days and winter chill, was a great time to partake in some magical realism and myth. In medieval Russia, fairy tales collide with reality, as one poor family’s existence is enriched by the ritualistic stories they tell. Vasilisa is captivated by her nurse’s tales of spirits and spells, demanding over and over the story of Frost the winter demon. If you’re not careful, Vasilisa is warned, Frost can steal your breath. Vasilisa feels protected until the unthinkable happens (well, it’s only unthinkable if you have never read a fairy tale): Her mother dies, and her beloved father brings home a new wife. Vasilisa’s stepmother will not hear of superstition, and tells Vasilisa she will either marry or become a nun. This doesn’t sit well with a girl who has bigger plans, and is coming into her own with abilities to communicate with animals and perceive extrasensory information. Meanwhile, the village suddenly seems cursed, which brings a handsome young priest to town spoiling for a debate with Vasilisa’s old gods. The Bear and the Nightingale is Arden’s debut novel, but is just the beginning of her planned Winternight Trilogy; if you love this one, you’ve got two more coming.

2. February: Why I Am Not a Feminist: a Feminist Manifesto by Jessa Crispin ($16):Bookslut founder Crispin delivers a searing indictment of feminism as a branding tool and the current lack of intersectionality that promotes feminism largely to women who are white and middle-class. She asks us to take a look at the racist social structures that result in tremendous inequality, capitalism among them, and derides capitalism-fueled empowerment. Feminism isn’t about being appealing or banal enough for the masses to accept, she writes, and it’s certainly not about being polite to your oppressors at the expense of your allies. If you despair activism that begins and ends with copy-pasting a Facebook status, this might just be the volume to help you get fired up.

3. March: In-Between Days by Teva Harrison ($16): We promised you some tears, and with the Ides of March came a number of books that were nearly guaranteed to bring the waterworks. Canadian writer and graphic artist Harrison was diagnosed with advanced metastatic breast cancer at only 37. Her therapy was drawing dark comics that brought her story “outside of [her] head.” The comics and short essays in the book, finalist for a Governor General’s Literary Award, show us Harrison’s best and worst moments. They praise her support network (especially her soon-to-be-husband), while taking a look at the hereditary and genetic aspects of cancer, and the ethical horror of watching some of your most fundamental morals go out the window when your life is on the line. Existing in a liminal, “in-between” space between life and death fuels many of Harrison’s more powerful observations, along with the goal of making sure that nothing remains unspoken. If you can speak about it (or, in this case, read about it), it’s not so scary after all.

4. April: No One Is Coming to Save Us by Stephanie Powell Watts ($27): Pushcart Prize winner Watts served up an African-American spin on The Great Gatsby, which both referenced and went beyond the original. Sylvia and her daughter Ava work in a small North Carolina town that is desperately trying to keep its only industry, furniture-making. Both are frustrated by the lack of dreams America has granted them; Sylvia’s son is dead, and Ava seems unable to bring children to her marriage. The return of JJ Ferguson rocks their worlds, as 15 years have gone by since the man left town to chase success and change his financial situation. Now he’s back and building a house at the top of the hill in the rich part of town. He convinces everyone to confront and chase their own dreams, accepting the vulnerability of admitting to desire. What does JJ desire? Ava. No One Is Coming to Save Us is already on a bunch of most-anticipated and best-of lists, so it’s not too vulnerable to admit you want to read it.

5. May: Large Animals by Jess Arndt ($16): Jess Arndt’s short story collection can be disorienting, surreal, and not just a little strange, but these bizarre and creative short works have received scores of praise and attention. It’s not hard to see why: The stories and the characters within defy description and deal with identity, gender dysphoria, and body dysmorphia. They’re stories for anyone who refuses to conform, or struggles with a changing personal narrative, to the point where even language can barely express the way they feel. Often hallucinatory, sometimes transgressive, usually queer, and always human, these stories about bodies go straight for the heart. Even Lily Tomlin makes a guest appearance.

6. June: The Rise and Fall of D.O.D.O. by Neal Stephenson and Nicole Galland ($35): We round out our first half of Best Bets with a witty and irreverent work of speculative fiction. In it, Melisande Stokes, a lecturer in Ancient and Classical Linguistics at Harvard who’s trying to make ends meet, is approached by a mysterious government representative to translate a number of old documents in different languages. Nobody’s ever heard of the Department of Diachronic Operations, but they certainly pay a lot. Tristan Lyons convinces Melisande that the organization is no less shady than her unscrupulous graduate advisor, and that this job at least might change her “agreeably uninteresting existence.” It certainly does; all the documents turn out to be chronicling the use of magic in ways that seem strangely plausible, and all the references seem to dry up at about the same time as the Great Exhibition of 1851 and an unusual solar eclipse. Melisande finds herself on a spectacular journey that involves traveling through both mountains of material and time, as well a potential interest in Tristan to hold her attention. This one’s hit both bestseller and best-of lists; it’s quite the trip.

What were your fave books this year? Tag us with your best bet reads @BritandCo.