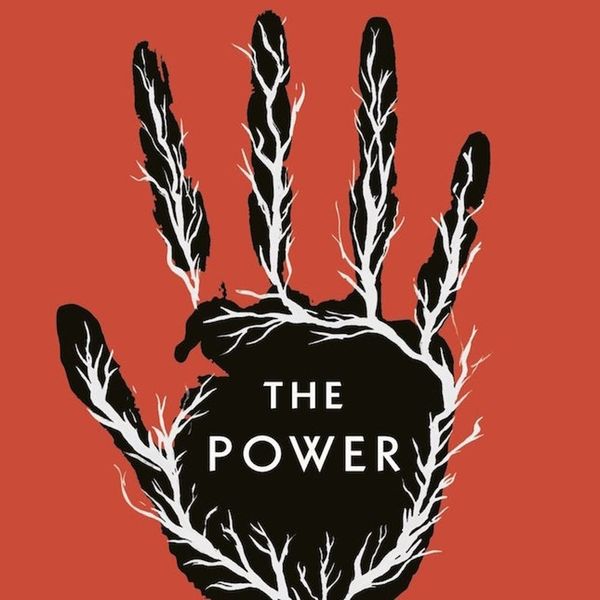 Welcome to Part Two of Brit + Co Book Club’s Best Bets of 2017! (Read Part One here.) Any of the works of fiction and non-fiction we’ve previewed this year are worth your read, but we think these are particularly special. We’re highlighting one new work published per month from July through December, all of which are likely to hit that creative spot. They range from sci-fi and fantasy to memoir, short stories to sociological screeds. They’re imaginative, honest, and very, very human. This is it for Book Club 2017; happy reading, and join us for more in 2018!

1. July: Spoonbenders by Daryl Gregory ($28): Gregory’s novel about a family gifted with various psychic abilities blends fantasy and reality to give us a decades-long story of the Telemachus clan’s meteoric rise, fall, and comeback. Teddy Telemachus, the family patriarch, isn’t the one with the gift; he’s just a con man. When he meets his wife, Maureen McKinnon, in a 1963 government study on psychics, he finds someone real he can believe in. Their three children also have abilities beyond most people’s imagination, including telekinesis and being able to predict the future. This brings them fame and fortune, but also attracts suspicion and jealousy, particularly one child’s ability to reliably detect lies. This, combined with overconfidence, mental illness, and an unusual amount of tragedy, brings the family low. Fast forward 30 years, and the Telemachus family now has a grandson with even more impressive powers. With the Mob and CIA both banging down the door, the family has a chance for redemption — or annihilation.

2. August: The Talented Ribkins by Ladee Hubbard ($26): Hubbard’s book, winner of the William Faulkner – William Wisdom Prize and the Rona Jaffe Foundation Writer’s Award, presents us with a unique crew of superheroes. The Justice Committee — a family of black superheroes with unique powers such as the ability to draw detailed maps from memory, to scale vertical walls, and to burp fire — fought for the proponents of the civil rights movement in the 1960s. Being able to avoid law enforcement and distinguish new colors unseen to anyone else was useful when living in a segregated world, but, unfortunately, the walls of a fundamentally racist society proved insurmountable, and the family split apart. Johnny Ribkins and his brother began to commit Robin Hood-style burglaries, which is what gets now-72-year-old Johnny into trouble as the novel begins, years later. His brother Franklin is dead, and the mob boss Johnny was working for, Melvin, demands Johnny return the money that Johnny’s stolen. Johnny’s journey to redemption comes along with Franklin’s daughter Eloise, who’s developed a powerful ability to catch whatever’s thrown at her. Read it before Black Panther comes out in February.

3. September: I Hear She’s a Real Bitch by Jen Agg ($17): Canadian restauranteur Agg has spent years dealing with a sexist industry (her attention-grabbing title is just one of many things that’s been said about her). Famous for her charcuterie-driven restaurants Agrikol and The Black Hoof, Agg’s refusal to compromise on the quality of her ingredients or her staff earned her ire in equal measure to the respect given to similarly uncompromising male restauranteurs. In her memoir, Agg dishes about her struggle to make it in the food world, including an early bankruptcy and public breakup with celebrity chef Grant van Gameren. There are also more pleasant memories about her critical and popular success with The Black Hoof, her devotion to teamwork behind the scenes, and her marriage to Roland Jean. Agg’s famous 2015 conference about sexual harassment in the industry, called Kitchen Bitches: Smashing the Patriarchy One Plate at a Time, is also discussed. Sharpen your knives, girls: We’re going in.

4. October: The Power by Naomi Alderman ($26):The Power is an Atwood-worthy work of speculative fiction set far in the future, where women are firmly ensconced in all positions of leadership thanks to a mysterious power that emerged hundreds of years ago. “Written” by a future historian, the novel describes the sudden ability of a group of young women to shock others through their fingertips, ranging in effect from a slight tingle to a heart-stopping pulse. Originally skeptical, the public is thrown into turmoil once video footage emerges. Though segregated and feared, the young women realize that, ultimately, no one will be able to stop them, particularly once they realize they can show other women how to use this latent ability. Part social criticism, part dystopia, and part revenge fantasy, The Power won the Baileys Women’s Prize for Fiction in Britain, and is a welcome escape from today’s frustrations.

5. November: A Selfie As Big As the Ritz by Lara Williams ($18): In her book of 21 thematically linked short stories, British writer and Pushcart Prize nominee Williams takes on the angst and dreams of 20 and 30-something urban-dwellers, women stuck between young adulthood and middle age. Simultaneously cynical and optimistic, the stories deal with relationships, work, family, sexuality, and a search for a life worth living. If you can relate (or have ever related to) phrases like: “Thirties breathing down her neck like an inappropriate uncle,” you’ll connect with this emotionally honest exploration of life.

6. December: Why I’m No Longer Talking to White People About Race by Reni Eddo-Lodge ($27): We close out 2017 with British journalist Eddo-Lodge’s book. Inspired by her 2014 blog post of the same title, the book actually does the opposite and is a researched, pointed, and personal story of a country with a history inextricable from colonialism and racism. Eddo-Lodge details the reactions caused by her blog post, both positive and negative, and the exhaustion that’s caused by continually having to explain your own experience to people who lack a fundamental ability to understand or value it. The book covers sad and frustrating issues, but also gives advice on how to create change, both for those who are responsible for perpetuating racism (whether witting or the privileged unwitting), and for those who need the context and information to give confidence to their current outrage. Its awards include Foyles and Blackwell’s Non-Fiction Book of the Year and the longlist for the Baillie Gifford Prize for Non-Fiction. It may help you start next year’s revolution.

What books blew your mind this year? Tag us in your best-of-the-best @BritandCo.

Ilana Lucas
Ilana is an English professor, theatre consultant and playwright based in Toronto, Canada. When she’s not at the theatre or insisting that literary criticism can be fun, she’s singing a cappella or Mozart, occasionally harmonizing with the symphony, or playing “Under Pressure” with her rock handbell group, Pavlov’s Dogs.
Book Club
Creativity
Book Club Books