Weekend Brunch Prep: 6 Topics You May Have Missed This Week 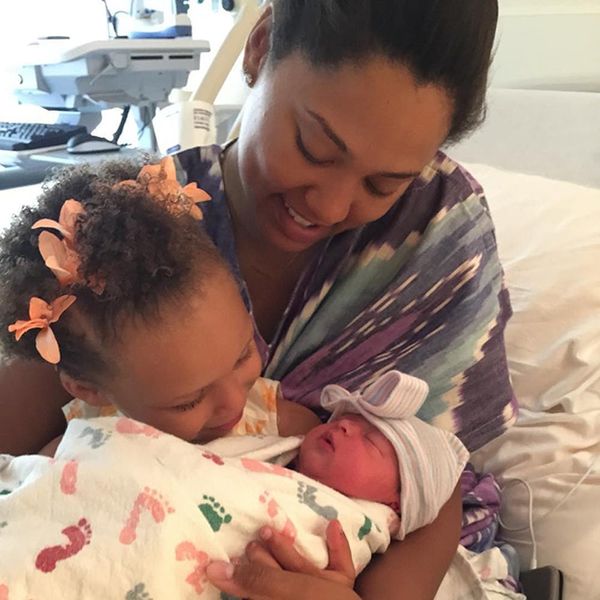 Yay, it’s Saturday! Before meeting up with all your gals for a weekend gabfest involving day drinking + eating, get the rundown on all the latest news in the tech, baby, style, celeb and food worlds you may have missed over the past few days. After you finish this cheat sheet, you’re sure to be leading every single convo. And that’s what you want, right?

1. Tech Talk: While there were some tech-related bummers this week — Instagram’s #curvy problem, that iOS scam + the Every Single Word Tumblr (get it together, Hollywood!) — there were a few joyful moments as well. From details on the next generation of the iPod Touch to all those female scientists that helped showcase Pluto to an app that improves your posture and the discovery of the ultimate iPhone email trick. The topic that will get all your girls pumped though is the fact that you don’t need to know how to code to make it big in tech. #winning

2. Baby Babbles: Yeah, having a newborn is beyond exciting — right, Stephen Curry? But after the life-changing moment that is birth comes the day-in, day-out work of raising a child, including the joys of breastfeeding (Blake Lively’s a pro + this big tech company is all for it) or the nightmares of breaking open a car window to get your kid (looking at you, Carrie Underwood) and even banning your growing children from iPhones (smart move, Gwyneth Paltrow). So just remind your BFF at brunch there’s more to parenthood and pregnancy — your baby’s poop can spill the alcohol consumption beans, mama — than simply dressing your little one up in adorable outfits and learning how to properly braid their hair ;) (Photo via @stephencurry30)

3. Style Session: What a week in the beauty-hair-fashion world! From an empowering (and over-the-top) response to online bullying like clown contouring to the next big (and kind of freaky) trend in skincare to the announcement of a ’90s Selena-inspired MAC collection, cosmetics chatter was really buzzing. There were plenty of hair happenings as well. Give your girls the inside info on getting rainbow hair without dyeing it, then show them the colorful new ‘dos on Ginnifer Goodwin + Jenny McCarthy before sharing the latest to get a pixie cut, Rumer Willis. We know what you’re thinking: Nothing happened in fashion this week. LOL, yeah right, there was plenty. We got a new sibling-centered Balmain campaign featuring Kendall, Kylie, Gigi, Bella + co, THREE new lines from Target — Eddie Borgo’s DIY accessories collab finally dropped, plus we got a brand-new kids’ shoe collection by Steve Madden’s 7-year-old daughter and a preview of Target’s fall plus-size collection. Then there was the peek at Katy Perry’s H&M holiday campaign, while Rihanna revealed she’s releasing socks (yes, you read that right), Kaia Gerber got more modeling deals and we added gender pronoun shirts to our wish lists. (Photo via Mario Sorrenti/Balmain)

4. Celeb Chat: We ended last weekend with Pin-worthy details about Nicky Hilton’s wedding + Comic-Con Halloween costume inspo, and we finish this week with Ashley Tisdale playing hairdresser, Amanda Seyfried speaking out about Hollywood’s wage gap + Kim K going makeup-free. Before we got to Friday though, a lot happened in celeb world. From the ESPYS (and that tear-inducing Caitlyn Jenner speech) to Emmy noms to Serena Williams responding to her haters in the most BA way possible, the stars were giving us stuff to talk about and share on social media. Add in the announcement of a Lena Dunham-helmed newsletter, the return of Amy Poehler + Tina Fey to the big screen and Jennifer Lawrence’s tiny tat reveal and brunch talk could be solely focused on the famous faces of the world this weekend. (Photo via @barronhilton)

5. Breaking Bread: Before diving into an eggs Benedict alongside your third (fifth?) Bloody Mary, why not make yourself hungrier with some food convos? Spill the ultimate Chipotle news to your girls: Carnitas are back! (Let’s be honest, they probably knew that already.) If they aren’t that wowed by the Chipotle news, let them know how your fave house party game, beer pong, is about to get way cleaner + share the ultimate hack to buying more organic food. Then really make their eyes glaze over before they get their plates with a delicious debate (with photos, of course) on whose cookbook you’ll be using the most: the Michelle Obama-approved kids’ cookbook, Lauren Conrad’s 2016 release or Chrissy Teigen’s scrumptious-looking tome. Then, of course, circle back to everyone’s fave topics — burritos and engagements — because one SF guy combined the two to make a magically satirical photo album. (Photo via Kristina Bakrevski)

6. Creative Convo Starters: Once you’re done with all the gossip and light chat, it’s time to take your discussions into a creative corner. Let your gfs know that no matter how much they complain about being exhausted, it’s actually not a bad thing — and apparently a messy desk isn’t either. That’s a win for all cluttered people out there ;) Then you may want to give them a heads up that it’s time to turn down Spotify/Apple Music/etc. while at work, because those tunes could be hindering productivity. We know, we’re heartbroken by this news too. After bringing that bummer news to their attention, bring the energy back up with some T.Swift Halloween inspo + by encouraging the most creative ladyfriend in your group to apply for the #IAMCREATIVE Foundation. Hurry up though — the submission deadline is July 31.

What are the main topics you will be discussing over brunch this weekend? Share those hot topics with us in the comments.