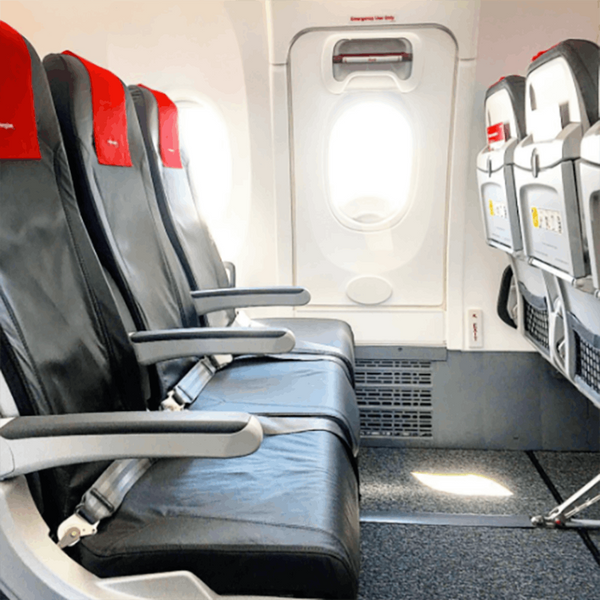 In 2017, millennials aren’t buying homes or focusing on adding zeros to their saving accounts. They’re traveling. Sure, we might be the first generation to write a check to Sallie Mae from a death bed, but we’re going to see Budapest first, dammit. I fully admit I am one of these people. I’m not wealthy, I have debt, and because traveling is important to me, I do it as much as possible. How? Well, budget airlines are a huge help.

Just published a personal essay on how traveling solo changed my thoughts on body image. A little more personal than my usual writing but hope some can learn and/or relate. Give it a read! Link is in my profile.

We’ve all seen the headlines offering international trips at shockingly low prices, like $100 for a trip to Mexico City. Many international airlines are launching new routes within the US, and some are offering impressive introductory fares to get their name out there. The deals are good… if you can snag them in time. But even if you do, the price for a ticket on a budget airline should always be taken with a grain of salt and a skeptical brow raise. What you save on the base fare is often made up for in excessive fees. This being said, they’re still worth considering. A few months ago I took my first two trips on budget airlines. In March, I hopped aboard a flight to London on Norwegian Air, an airline ramping up low-cost, transatlantic routes. A few months later, I did what everyone and their grandmother is doing and took a WOW Air flight to Iceland. Here are the important travel lessons I learned.

1. Show up early to check-in. Pretty much every budget airline is super strict about how much your bag can weigh — even if it’s a carry-on. Because of this, you’re rarely allowed to check-in ahead of time and end up losing out on the ease of bypassing ticketing and heading straight to the security gate. Instead, you’ll have to wait in line at the check-in desk to make sure your bag meets the requirements. When I flew Norwegian, I was lucky enough to fly with a “Premium Flex” ticket. So I was able to use a VIP line upon my arrival, but the economy check-in (where I would normally be if it wasn’t for a nice work perk) was at least 100 people deep with a wait time of at least 30 minutes. (Photo via Getty)

2. Pack a lunch. For the most part, you should forget about free snacks on budget flights. On WOW Air, you’ll be charged a whopping $3 for water. If you’re flying Norwegian, a meal might be included depending on where you’re flying and what type of ticket you bought. While a foodless flight can be kind of annoying, it shouldn’t be a dealbreaker. Avoid hunger by simply prepping ahead of time, my dear. Hit up the snack aisle at Trader Joe’s on your way to the airport and fill up your empty water bottle in the terminal and you’ll be just fine.

#MeetOurFleetFriday Have you seen our premium cabin on our 787 Dreamliner? Comfort for your entire journey, so you can wakeup refreshed and ready to take on your next adventure! #flynorwegian

3. Check the cost of a premium ticket (’cause it might actually be worth it). As I mentioned before, I was lucky enough to fly in the “Premium Flex” cabin on my Norwegian flight. It wasn’t the first-class experience that every celeb has when traveling, but it was still super comfortable. I was on a red eye and the chairs in that cabin recline to something akin to a cushy dentist chair (see above), which made sleeping significantly easier. These tickets are more expensive (obvs), but if you were planning on flying a non-budget airline, it might be worth checking what the price difference is between an economy fare on something like Virgin and a premium fare on a budget airline. If it’s not much, you could actually end up with a more comfortable experience on one of these airlines.

4. Make a checked bag your last resort. Do you really need to bring that jacket you’ve only worn twice? Challenge your minimal packing skills when flying on these airlines because the checked bag fees really aren’t worth the additional charge. Because of another trip I had to take immediately after Iceland, a checked bag was a must, and so I ended up paying over $100 extra to bring it along. Remember: You probably don’t know anyone at your destination and they won’t care if you wear an outfit more than once! Need some help on how to pack lightly? More tips from me here.

Are you sitting in an exit row today? We are, on our 737 MAX delivery flight to Oslo. Can you say, ample leg room and brand new plane smell? #NorwegianDelivers

5. Remember, It’s really not that bad. These airlines are not a DMV in the sky. They’re simply a no frills way to get the eff out of the country. As long as you prepare properly, some serious cash can be saved by flying on a budget airline like Norwegian or WOW Air. Make sure you thoroughly read about the fees before buying a ticket, remember to pack a lunch, and DL your newest Netflix obsession offline and you’ll make it to your destination unscathed and with a little extra cash to blow on your trip. Or take it home and invest it in something responsible if you’re into that kind of thing ;)

Cortney Clift
Cortney is the senior writer and special projects editor at Brit + Co. She typically covers topics related to women's issues, politics, and lifestyle. When she's not buried behind her computer you'll find her exploring New York City or planning her next big adventure.
Budget-Friendly
Travel
Budget-Friendly