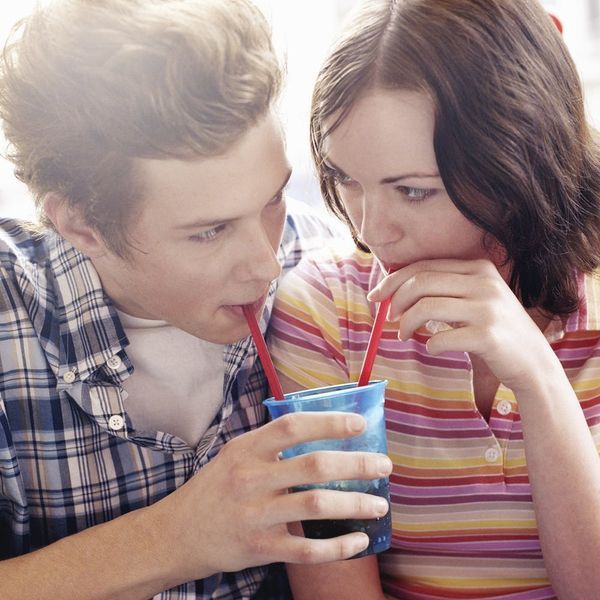 Move over, White Castle — you’re officially no longer the only fast food chain cashing in on our impending day of love (and rule-breaking).

Through February 14 only, France’s Burger King is gifting us with — get this — a double-holed cup top for which to insert two separate straws and share drinks as you gaze into one another’s eyes. How freaking cute is that?!

Solving the age-old dilemma of a) having to order an entirely separate pop when you only want a sip of your sweetie’s or best gal pal’s, b) sharing a straw (particularly if your partner in crime is sick) and c) needing to divert your gaze from your significant others’ as you sip, it’s pretty much pure and simple genius.

Apparently, creating the cup wasn’t as simple as it sounds, as the chain reportedly said in a press release that it comes to us after “many years of research and innovations,” just in time to be “the solution to a perfect Valentine’s Day.”

Well, who would’ve thunk. Your move, McDonald’s (and no, the Oreo-themed menu doesn’t count)! Your move.

Will you give the V-Day cup a go? Share with us @BritandCo.

Nicole Briese
Nicole is the weekend editor for Brit + Co who loves bringing you all the latest buzz. When she's not busy typing away into the wee hours, you can usually find her canoodling with her fur babies, rooting around in a bookstore, or rocking out at a concert of some sort (Guns N' Roses forever!). Check out all her latest musings and past work at nicolebjean.com.
Fast Food
Food News
Fast Food Valentines Day
The Conversation
Reviews:
More From Food News