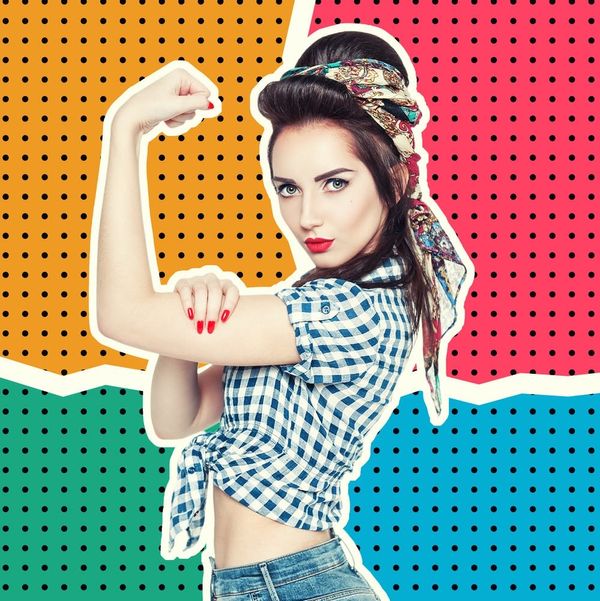 Newsflash (jk, sigh): Gender inequality is a serious problem. You don’t need to look much further than the current election for proof, as a growing number of women have emerged to lay accusations against the Republican party presidential candidate for sexual misconduct.

Yesterday, our friends at Bustle launched NSFWomen (Not Safe for Women), a new documentary series that aims to address the different — and sometimes unexpected — effects of gender inequality.

According to Bustle, the series will consist of six seven to 10-minute episodes “taking viewers on a revealing journey highlighting many facets of gender inequality.” The first episode is all about the many struggles faced by homeless women when they get their periods, and how it makes living on the streets even harder. Bustle will donate a pair of THINX Period Panties (generously provided by THINX to Bustle at cost) to Distributing Dignity for each share of the video (up to 250 shares).

“Especially in this political and cultural climate, it’s so important to bring attention to the struggles all women still face. NSFWomen showcases, simply and importantly, why we absolutely still need feminism. The world is still frighteningly unsafe for women looking to work, prosper, or simply exist,” said Bustle Editor-in-Chief Kate Ward. “We’re incredibly proud to debut this series, which provides viewers with a true female perspective in front of the camera and behind the camera — 13 of our 14 video team members are women.”

Check out the first episode of NSFWomen (Not Safe for Women) here:

How Do Homeless Women Cope With Their Periods?

The first installment of Bustle&\u0026\u0026#039;re homeless.For every share on this post up to 250 shares, Bustle will donate a pair of THINX underwear to homeless women in need via Distributing Dignity. http://bit.ly/2e2eL3T

What’s a gender inequality issue you’d like to know more about? Tell us @britandco!

Kelli Korducki
Kelli is Brit + Co's Senior News Editor. Her interests include sensible footwear and glasses that take up 25 percent of her face.
Feminism
Politics
Feminism Politics
More From Politics