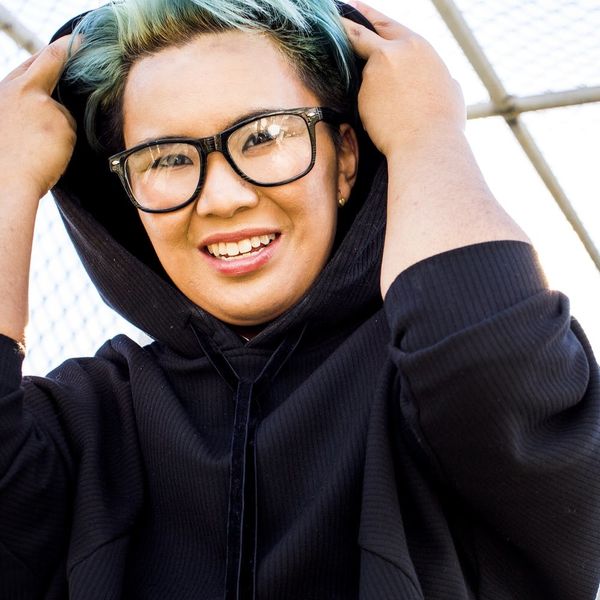 Governor Jerry Brown of California has been busy over the last few months. Between enacting a law that makes the entire state a sanctuary state, and his work on a law that protects women from discrimination in their workplaces, Brown has been tirelessly working to make his home state one of the most inclusive places in the country.

With a stroke of the pen Sunday, Brown signed SB179 into law, making California the second state (besides Oregon) to offer three gender options on government forms. This will allow folks to tick off the “non-binary” box for their driver’s licenses and state IDs, and make it easy for folks to change their gender to the third option going forward.

Non-binary, or “genderqueer,” people are those who do not fit into traditional masculine and feminine roles in their lives. Non-binary folks may be masculine or feminine in their appearance, but often disregard traditional gender constructs in their day to day lives. Many NB folks also prefer the use of “gender-neutral pronouns” they/them or the title Mx. instead of Mr. or Mrs.

Rick Zbur, executive director of Equality California, congratulated the state on leading the charge for a more equitable nation, saying in a statement, “When your ID doesn’t match your gender identity or expression, it can expose you to potentially dangerous situations. SB 179 eliminates unnecessary obstacles from the process of getting state-issued identification documents for thousands of Californians.”

Trans and non-binary gendered youth have the highest suicide rates in the country. Couple that with something known as NB-erasure (a cultural phenomenon where NB folks are stripped of their rights to exist in both gay and straight places), many NB folks have a hard time being seen in public as equal citizens, which is why this new law is exciting for many people on the genderqueer spectrum.

“With this simple change, California has made daily life infinitely safer and easier for many gender non-binary and transgender people,” said Kris Hayashi, executive director of Transgender Law Center. “We’re asked for identification everywhere from banks to bars to airports, and it can be devastating and even dangerous for non-binary and transgender people to navigate life with an ID that doesn’t reflect who they truly are.”

What do you think of California’s latest inclusionary law? Tell us @BritandCo!

Kat Armstrong
Kat has been a writer, social media maven and mom for longer than she's willing to admit. She's also spent time in front of and behind the camera, interviewing celebs, politicians and acting as a producer for fashion and artistic photography shoots. When she isn't writing for various orgs and publications, she's hanging with her kids, husband and French Bulldog, Peter, in Toronto, Canada.
inclusivity
Gender Issues
inclusivity