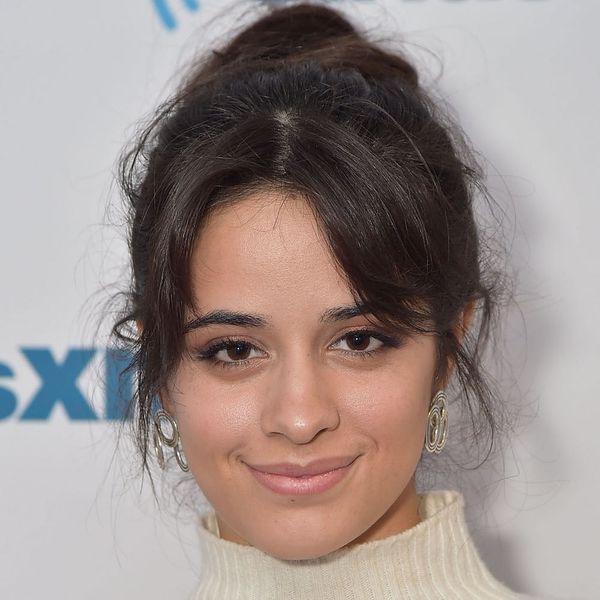 Camila Cabello will be making a splash with more than just her Grammys performance tonight! With a starring role in a major commercial that’s set to air during the televised event, all eyes will also be on the former Fifth Harmony crooner as she shines in the second installment of L’Oreal’s “comeback” series to address her rise as a solo artist after exiting the girl group.

The internet was abuzz after the haircare and cosmetics company debuted its first clip starring Winona Ryder, with some even calling for the actress to win an Oscar for her performance. Now, the brand is back at it, gearing up to steal the Grammy spotlight when it airs its second clip featuring Cabello.

While the “Havana singer” will no doubt be promoting its new Elvive Extraordinary Oil products ($10+), it will also reportedly see the 20-year-old speaking to her highly publicized split from her former bandmates.

“I think a comeback is defined as struggling through something and having the strength and resolution to push past it,” the songstress teased in a statement. “For me, it was about taking chances, aiming high and believing that I was worth it. I can now finally hear everything my heart was telling me.”

Cabello abruptly left the group back in December 2016. Although the young singer shared her side of the story on Twitter, she stayed relatively quiet on the matter in the press until promo for her debut solo album, Camila, ramped up earlier this month.

In addition to explaining that the group’s sexual image made her feel less than comfortable at times, she told the New York Times that she had planned to stay in the group while working on solo projects, something that did not fly with decision makers. “I was just curious and I wanted to learn and I saw all these people around me making music, writing songs and being so free,” she confessed.

When “it became clear that it was not possible to do solo stuff and be in the group at the same time,” she revealed that she chose to leave because “if anyone wants to explore their individuality, it’s not right for people to tell you no.”

Considering the mega-dramatic tone of Ryder’s commercial for the brand, we can only imagine what they have in store for Cabello.

Needless to say, we’ll DEFINITELY be tuning in.

Will you be watching the Grammys tonight? Tweet us @BritandCo.