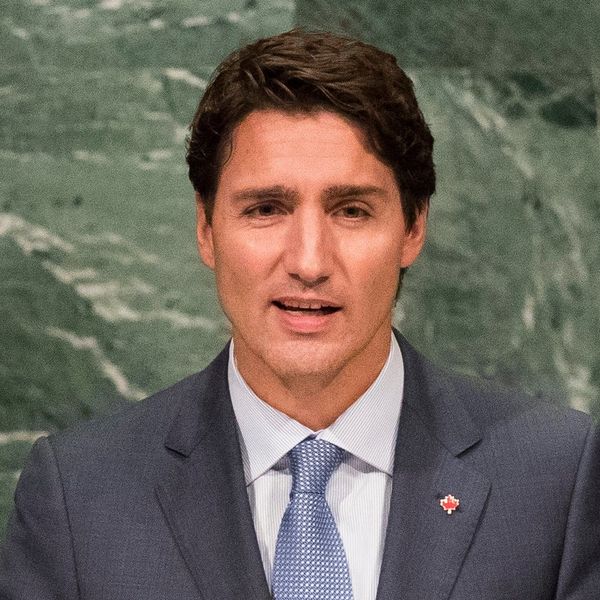 We’ll forgive you if you don’t know the words to “O Canada.” The national anthem for our neighbors in the north is sung at Canadian sporting events and in schools across the country, but by and large, Canadians are as reserved about their anthem as they are about, well, everything.

Reserved as they may be, Canadians are definitely passionate. Thanks to a letter-writing campaign, the country’s Senate has pushed through a new law that will turn Canada’s national anthem into a gender-neutral ode to the nation.

“O Canada” was originally a gender-neutral poem written by French-speaking Quebeckers as an alternative to “God Save the Queen,” the British national anthem which Canada, a British Commonwealth, had been using too. Throughout various iterations, “O Canada” remained gender-neutral in both English and the original French until, somewhere down the line, one lyric was changed. The changed version of the poem is what became the nation’s official anthem in 1980.

Canada’s Prime Minister Justin Trudeau tweeted his support for the passing of the bill on Tuesday night, mentioning a former member of Canada’s Parliament who had spent his career working towards making the anthem more inclusive. Now, some are hoping that the anthem’s pivot back to a gender-neutral lyric will help get one other problematic lyric changed in future.

The opening of the song, as it was written, goes: “O Canada/our home and native land.” Some scholars and activists are hoping to change that lyric to: “O Canada, our home on native land,” in recognition of the nation’s indigenous population whose ancestors vastly predate European settlers. The country has committed itself to correcting centuries of neglect and abuse of Canada’s first people, and the hope is that the gender-neutral lyric switch has paved the way to changing the anthem’s opening line as well.

What do you think about Canada’s anthem switch? Tell us @BritandCo!

Kat Armstrong
Kat has been a writer, social media maven and mom for longer than she's willing to admit. She's also spent time in front of and behind the camera, interviewing celebs, politicians and acting as a producer for fashion and artistic photography shoots. When she isn't writing for various orgs and publications, she's hanging with her kids, husband and French Bulldog, Peter, in Toronto, Canada.
Gender
Current Events
Gender inclusivity