You Have to See Caroline Wozniacki’s Massive Engagement Ring 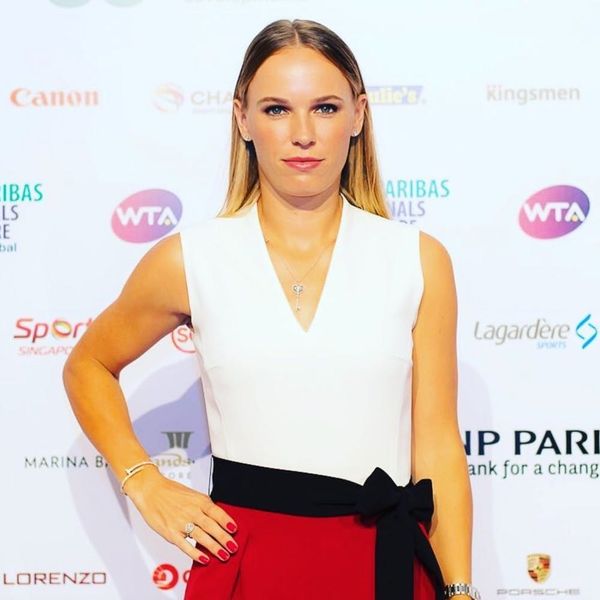 It’s always exciting when celebs get engaged, but we may or may not be more interested in the rings themselves. And one tennis star’s brand new bling has certainly caught our attention.

She debuted her ring on social media with the caption, “Happiest day of my life yesterday saying yes to my soulmate.” The ring features a MASSIVE oval diamond solitaire set on a diamond pavé band — in other words, it’s likely one pricey bit of bling.

She said YES! So thrilled to be engaged to my soulmate! ❤️💍

Lee himself also took to Instagram to share the news. He captioned a shot of the pair in Bora Bora, “She said YES! So thrilled to be engaged to my soulmate!”

Wozniacki, the first woman from a Scandinavian country to hold the number one spot in the WTA Tour, was previously engaged to pro-golfer Rory McIlroy in 2014, but McIlroy broke the engagement just five months later, telling the press at the time, “The problem is mine. The wedding invitations issued at the weekend made me realize that I wasn’t ready for all that marriage entails. I wish Caroline all the happiness she deserves and thank her for the great times we’ve had.”

What do you think of Wozniacki’s ring? Tell us @BritandCo!