We Found the Pantone Colors That Match These 10 Celebs Perfectly 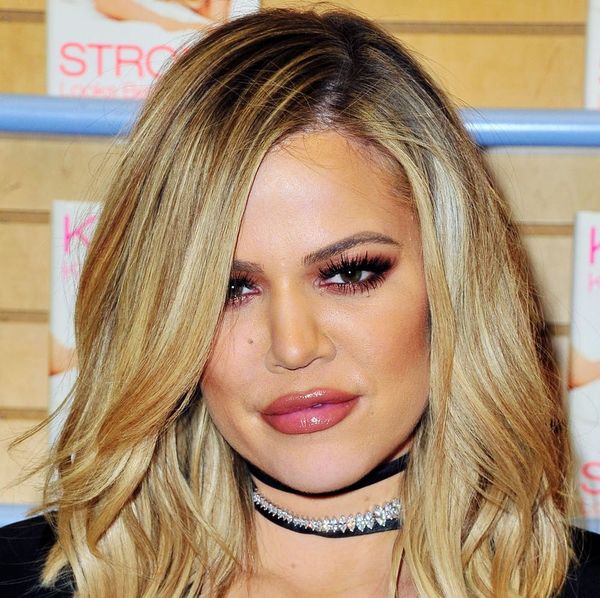 If there’s one thing that makes the world go ‘round, it’s definitely color, and lots of it! And there’s no disputing Pantone as the king of all shades bright and beautiful. Whether you’re a fashion designer, interiors buff or just a color nerd, there’s a shade to match your every fancy. You can now even purchase your own personal Pantone makeup and, according to the New York Post, swatches. In honor of this quirky news (treat yo’ self), here’s a list of our favorite celebrities and the Pantone swatches we think best match their personality.

1. Khloe Kardashian, Rhapsody: The dictionary defines rhapsody as “an enthusiastic or ecstatic expression of feeling,” and this enthusiasm and zest for life defines Khloe. She’s been able to keep positive and real, despite her life being on display at pretty much every second of the day. In music, the word means that the score has a free-flowing structure, which also fits the Kardashian clan’s most unpredictable member. (photo via Jerod Harris/Getty)

This mom-to-be is a pretty obvious choice for a food-related word, but it’s that spice that really makes Chrissy the perfect fit for Cayenne. To wit: That’s her, letting loose at a Burger Bash this year. A lot of celebrities would just shudder at the word burger, but Chrissy is having the time of her life. Bonus: Her mom’s name is Pepper! (Photo via Aaron Davidson/Getty)

Maybe it’s because she single-handedly brought on the purple lipstick trend, but shades of purple always bring thoughts of RiRi. It’s the color of royalty, after all, and radiant just connotes light and star power emanating from her at every turn. Plus, it’s fitting that this shade was once the coveted Pantone Color of the Year — only the best for Rihanna. (Photo via Christopher Polk/Getty)

This one-time Color of the Year makes you think of happy, bubbly times with laughter, light and smiles. And there’s no one that embodies that better than this California girl. This dazzling yellow Gucci dress that she wore to the premiere of her film Savages in 2012 just proves how effervescent this A-Lister is. (photo via Stephen Lovekin/Getty)

5. Lena Dunham, Potter’s Clay: This shade is reminiscent of the ‘70s vibe pulled from the spring and fall 2016 runways, and it’s also a perfect fit for Ms. Dunham: a little out there, a little offbeat, but totally still on trend. Lena herself is rocking shades of the ‘70s here, which, when combined with her IDGAF attitude, makes her exactly like this earthy yet offbeat color. (photo via Jason Merritt/Getty)

Kayne episodes one and two). But we also love how Titanium signifies unbreakable strength, which TSwift has somehow already conquered in her mid-20s. (photo via Jason Merritt/Getty)

7. Olivia Palermo, Faded Denim: True, she loves to wear a lot of blues and denim, but part of the reason O.P. is representative of this shade is her cool, casual style. A pair of faded jeans is a trustworthy staple you can confidently rock, whether it’s to the grocery store or on a date, and that’s the way Olivia always looks: confident and relaxed. (photo via Neilson Barnard/Getty)

8. Miley Cyrus, Bodacious: Look up bodacious in the dictionary and you’ll find, “audacious in an admirable way” next to a picture of one Ms. Miley Cyrus. It’s okay to be shocked by her occasionally and still admire her for her undeniable confidence. She’s a chameleon that keeps you on your toes, whether you want to be there or not. The soft purple-y hue is the same as her personality, too: daring and limit-pushing, yet comfortable at the same time. (photo via Dave Kotinsky/Getty)

: This Pantone shade goes to Olivia Munn. It reminds us of her 2014 Met Gala gown, but also it’s hers because it’s happy, slightly dorky and fun all at the same time, just like Olivia herself, who has been known for her quirky characters like Sloan on The Newsroom. Minion Yellow looks good on you, girl! (photo via Larry Busacca/Getty)

10. Amy Schumer, Sangria: This isn’t just because Amy is a known wine lover, but also because she’s just about as real as a person can be (case in point, this picture of her handing off her shoes before her acceptance speech at this year’s Critic’s Choice Awards). A little tart, a little sweet but always fun — Amy reminds us of a refreshing glass of the good stuff. (photo via Kevin Winter/Getty)