See How Gisele Bündchen, Mandy Moore + More Are Getting Their Super Bowl On 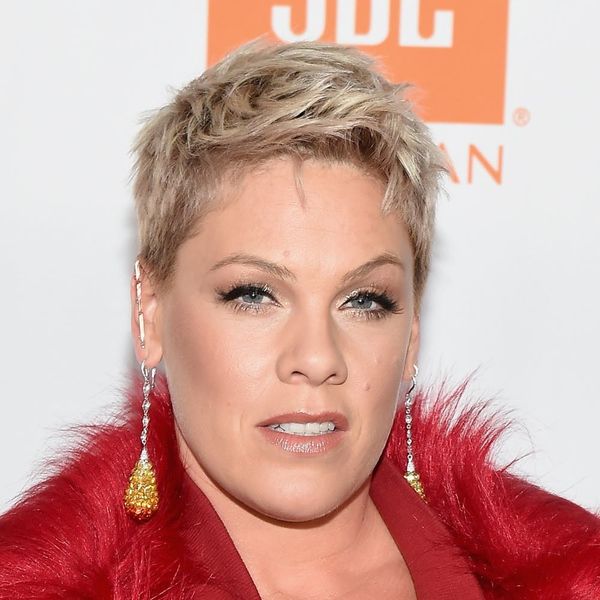 Whether you’re a major football fan or just here for the performances and potentially free food (come on, early touchdown!), you’ll undoubtedly be tuning into tonight’s Super Bowl broadcast (6:30 EST on NBC). Peek close enough, and you just might see some *extra * star power in the stands, with Hollywood’s finest flocking to Minneapolis, Minnesota to get their Bowl on. Everyone from Mandy Moore to Dax Shepard has traded the LA sunshine in for the snow that’s currently in abundance, with plenty more celebrating from the comfort of their own homes: Read on to see how they’re gearing up for the game below!

1. Elizabeth Banks: Banks and her The Lego Movie co-star, Chris Pratt, shared a plane to Minneapolis, with the actress writing, “Me and this Seahawks fan (also known as Star-Lord and Emmett) headed to the #SuperBowl.

2. Justin Timberlake: The NFL halftime performer took a selfie vid in front of the US Bank Stadium, saying, “It’s going down!”

Trying to practice the flu away. I’ve been waiting to sing this song since 1991 when I saw my idol, Whitney Houston, own this song. And now, my chance has finally come. And it just so happens that this chance comes when I have two small Petri dish kids who literally cough INTO MY MOUTH and rub their snot on my cheek. You can’t write this stuff I swear! And here we are. I’ve arrived at another one of my dreams which is slowly becoming a sort of nightmare. I will tell you, this is one of the biggest honors of my life, singing this song in front of my family, my military family, my dad and brother and step mama and family and the world. And the EAGLES!?!?! I promise I will do my best, as I always do. As far as the gremlins that got me into this mess, you can cough at me for the rest of your lives. If it’s a contest, babies, you win. #spreadthelove #spreadthegerms #pleasegivememyvoiceback #ificansingimgonnakillit

Pink: The mommy of two, who is scheduled to sing tonight’s National Anthem, gave us a glimpse of her practice despite battling a nasty flu. “Trying to practice the flu away,” she wrote. “I’ve been waiting to sing this song since 1991 when I saw my idol, Whitney Houston, own this song. And it just so happens that this chance comes when I have two small Petri dish kids who literally cough INTO MY MOUTH and rub their snot on my cheek,” she lamented, adding, “You can’t write this stuff I swear. And here we are.” Still, she promised to do her best — “As I always do.”

4. Gisele Bündchen: The supermodel shared a sweet hug with her ball player hubby on the field for what we presume to be a bit of good luck.

5. Mandy Moore: Moore took a selfie with her crew inside a moving car while driving through a snowy blizzard to get to the game.

@Honest is celebrating the big game today with a little game of our own- we are hosting our first ever Baby vs. Puppy Bowl w @bestfriendsanimalsociety and this video is giving me all the feels (also I'm extra hormonal right now 💁🏽). Link in bio to see the cuteness. Comment below and let me know if you squealed/cried/laughed while watching the vid. Makes me miss our puppies 😫🐶

6. Jessica Alba: Alba’s The Honest Company hosted a bowl of its own with a Baby vs. Puppy face-off, and or hearts are practically melting.

No matter where I go, I seem to end up on a Polaris #notanad #winterboner

7. Dax Shepard: Shepard took advantage of the city’s snowy weather to hit the powder on a Polaris.

Today is a big day in our house- #puppybowl (oh yeah and also #superbowl) These are some of our fave foods to serve today (from my book) Cauliflower Popcorn (great for snacking throughout the day) French Onion Soup (great for the cold of #minneapolis today) Meatloaf cups with Chili served in mason jars (they look cool and are heat proof) and who doesn’t love grilled cheese and tomato soup?!? #stirringupfunwithfood #foodinspo

Last night✨ with my @emmaroberts 👯‍♀️

10. Alyssa Milano: Milano headed up her own team for a game of celebrity flag football.

11. Jessica Biel: Timberlake’s wife got her “laces out” for the big day.

ITS FINALLY HERE!! SUPER BOWL BABY! Who are you rooting for!? 🏈

13. Taylor Hill: VS model Taylor Hill posted an adorbs shot of herself heading into the game.

Lori and I are on our way to Super Bowl !!! Watching the game with our @hallmarkchannel family and hubby! @loriloughlin

14. Candace Cameron Bure: Fuller House stars Bure and Lori Loughlin posed in front of an ice sculpture outside the stadium.

Holding this 10 week old baby is MY Superbowl.

Which team are you rooting for? Weigh in over @BritandCo.

Nicole Briese
Nicole is the weekend editor for Brit + Co who loves bringing you all the latest buzz. When she's not busy typing away into the wee hours, you can usually find her canoodling with her fur babies, rooting around in a bookstore, or rocking out at a concert of some sort (Guns N' Roses forever!). Check out all her latest musings and past work at nicolebjean.com.
Celebrities
Celebrity News
Celebrities Instagram Roundup social media