8 Celebrities You Never Knew Were Twins 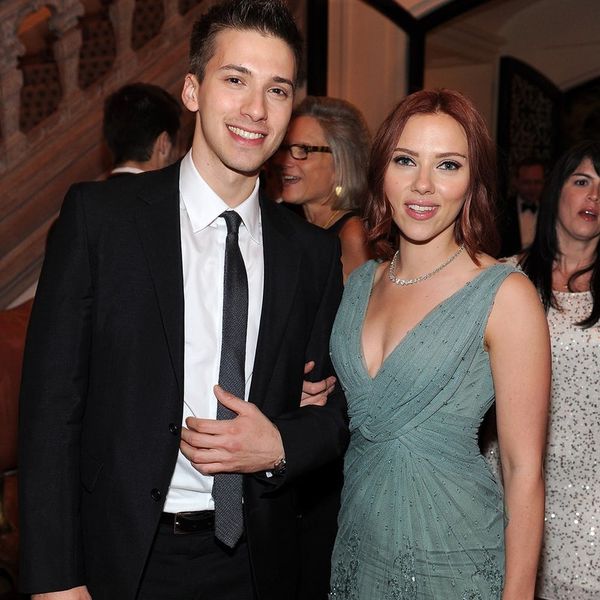 Okay everyone, prepare yourselves. We have some news that might make your head spin: Mary-Kate and Ashley aren’t actually the only set of twins in Hollywood. Sure, they’re the duo that stole our hearts way back when in TV shows like Full House and Billboard Dad — but in fact, they’re part of a handful of celebs who have an identical (or fraternal) counterpart. Some of them, you’d never expect. Scroll on down to discover a few secret sets of twins that just might blow your mind.

1. Scarlett Johansson: Scarlett’s slightly younger brother, Hunter, has accompanied her to a few red carpet events. When he’s not hanging with his twin sis, he’s heavily involved in charity and politics. (Photo via Dimitrios Kambouris/Getty)

3. Jon Heder: Say hello to Napoleon Dynamite – er, Jon Heder’s twin Dan. The two attended Brigham Young University together and are actually both in the film industry. Dan was recently involved in the animated film Monster House, and the two have a production company together called Greasy Entertainment. (Photo via David Livingston/Getty)

4. Kiefer Sutherland: Coming from a long line of Hollywood stars (Donald Sutherland is their dad), Kiefer’s sister Rachel decided to take on a role behind the scenes as a post-production supervisor. (Photo via George Pimentel/Eugene Gologursky/Getty)

5. Jenna Bush: How this one slipped past our radar, we actually have no idea. As the former first daughters of the USA, Jenna is now an NBC News correspondent and Editor-at-Large for Southern Living while her sister, Barbara, is the co-founder and president of public health-focused non-profit Global Health Corps. (Photo via Stephen Lovekin/Getty)

6. Aaron Carter: Aaron has a sibling other than Nick? Say it ain’t so! Aaron’s twin sis Angel was actually one of the stars on the Carter’s brief reality show House of Carters. She now lives in Miami and seems to be a total jet setter from the looks of her Instagram. (Photo via Michael Tran Archive/Getty)

7. Gisele Bundchen: While they don’t look exactly alike, you can immediately tell these two are related by those matching beach waves. Gisele’s sister Patricia keeps a pretty low profile, but we do know that she’s actually Gisele’s spokeswoman. (Photo via @gisele)

8. The Ronson Sisters: Yes, you knew these two were sisters (along with bro Marc), but did you know that they’re actually twins? Minds, continue to be blown. This fraternal twinning pair are often spotted supporting each other’s creative endeavors — Sam regularly spins for sister Charlotte’s fashion events. (Photo via Jamie McCarthy/Getty)