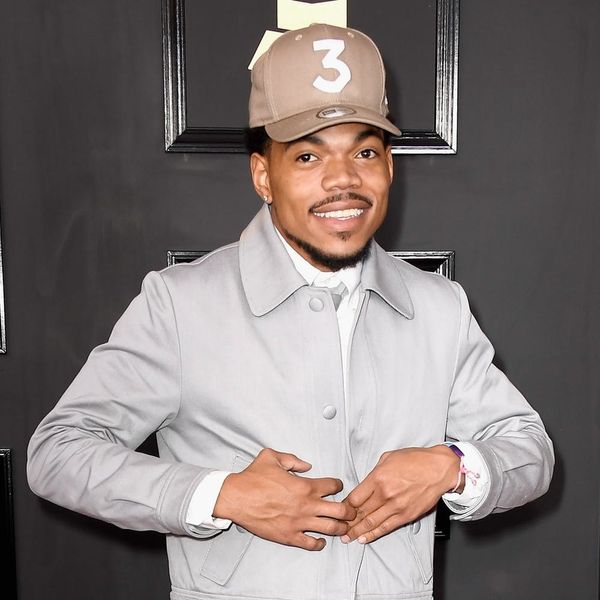 It was an extra celebratory Fourth of July for Chance the Rapper! The 25-year-old musician got engaged to his longtime girlfriend Kirsten Corley on the holiday, pulling off a sweet proposal in front of family and friends at a backyard Chicago party.

“She said yes,” the rapper celebrated on Twitter after a video of the proposal circulated on social media. In the video, Chance — born Chancelor Bennett — gets down on one knee and asks his girlfriend of five years to marry him. “Kirsten Katrina Corley, will you make me a man and be my wife?” he can be heard asking. Corley covers her face in surprise before excitedly saying yes.

The couple share two-year-old daughter Kensli Bennett, whom they welcomed in September 2015, and in the video, the excited toddler runs over to join her parents for the memorable moment as friends and family clap and cheer in the background.

Chance’s brother, Taylor Bennett, shared a photo of the newly engaged couple on Instagram, writing, “Proposed In The Hunninds! @chancetherapper You A Real One! 7-4-18 #BlockBoys” Corley still looks to be in shock as she holds her hand to her chest in the photo, giving a glimpse of her gorgeous ring.

The “No Problem” rapper keeps his personal life relatively out of the spotlight, but in February 2017, when he cleaned up at the Grammy Awards, he shouted out his wife-to-be and their daughter in a speech. “I wanna thank God for my mother and my father who’ve supported me since I was young. For Kirsten and Kensli, for all of Chicago,” he said. Congrats to the happy couple!

What do you think of Chance’s proposal? Let us know @BritandCo!