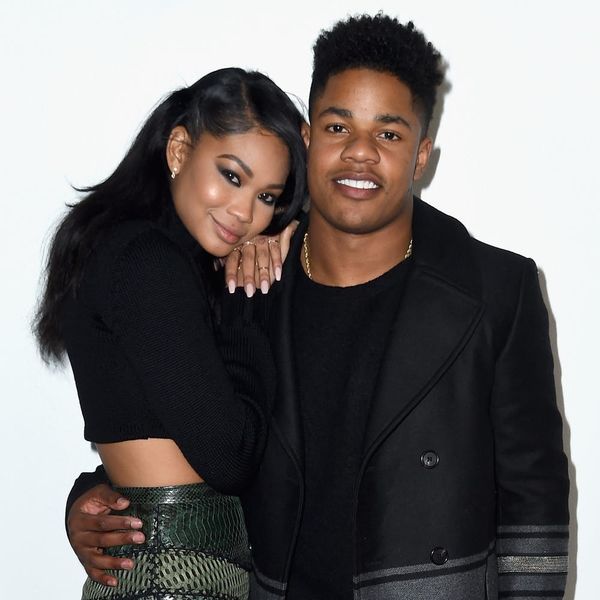 It’s an exciting day in the world of celebrity babes! As Chip and Joanna Gaines revel in the joy of their newest addition, Crew Gaines, Chanel Iman, 27, and Sterling Shepard, 24, are prepping for a little one of their own with a sweet baby sex reveal.

Rather than getting creative with a video, like Tia Mowry did, or using a family memoir like Lauren Conrad, however, the young couple gave it to fans straight, captioning a photo of themselves sitting on a pink couch with the simple-yet-sweet words, “IT’S A GIRL.”

The glowing mama-to-be, who was dressed in a gauzy tiered cream dress, also shared a snap from her Oklahoma baby shower of herself hanging miniature-sized baby clothing on a clothes line. “So ready for this little girl,” she said.

I can’t wait to see them together ❤️ Happy Fathers Day to all the dads and dads to be! We love you PAPA @sterl_shep3

The former VS angel revealed she was expecting on Mother’s Day 2018 following a whirlwind rooftop proposal and a gorgeous wedding at the Beverly Hills Hotel four months later.

The couple met at a birthday party for football player Victor Cruz back in November 2016.

Congratulations to the expecting parents!

What do you think Chanel and Sterling should name their little girl? Tell us over @BritandCo.

Nicole Briese
Nicole is the weekend editor for Brit + Co who loves bringing you all the latest buzz. When she's not busy typing away into the wee hours, you can usually find her canoodling with her fur babies, rooting around in a bookstore, or rocking out at a concert of some sort (Guns N' Roses forever!). Check out all her latest musings and past work at nicolebjean.com.
Celebrities
Celebrity News
Celebrities Celebrity Baby Social Media
More From Celebrity News