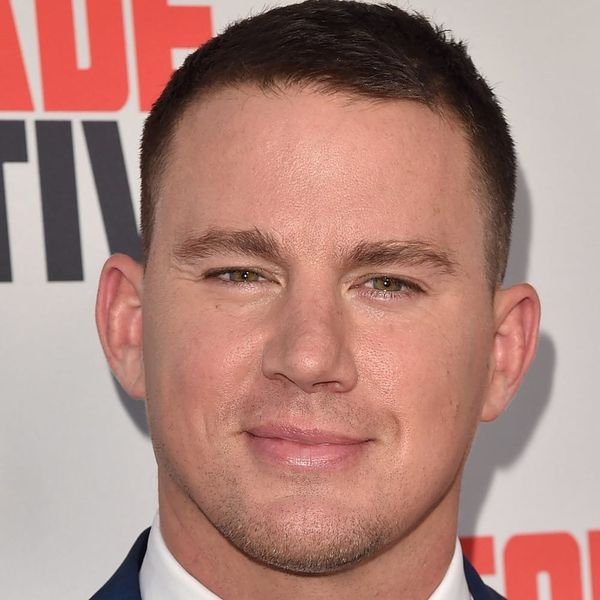 Channing Tatum is on one hell of a press tour. Just two weeks prior, he was delivering booze to unsuspecting fans, and now, he’s getting down with the locals, making every red-blooded woman’s fantasy come true as he picked a new dance partner while innocently working at her job as a gas station attendant.

Having seen the Step Up actor show off his sexy moves in flicks such as Magic Mike, there are plenty of ladies who would have jumped at the chance to dance with the 37-year-old IRL. But it was Beatrice who got to live out that fantasy earlier this week, when the Logan Lucky star stopped into her Sunoco while traveling around the country to promote his new film.

Luckily, Tatum documented the event before sharing it to his Facebook page for the rest of us to live vicariously through, and thank goodness he did: The footage is hilarious! After some light introductions, the actor appeared to make a new friend in the woman, even jumping behind her counter to pretend to be her manager.

The video gets *really* good around the 3:38 mark, however, when he and Beatrice bust out into an impromptu dance party. Waving her cash register bills in the air, Beatrice gets down as her new partner-in-crime sidles up beside her.

When the pair take a quick break to discuss Tatum’s future plans, Beatrice tells him he’s got no reason to leave, since they’ve already started their own party. “Right here’s a party, just me and you!” she says before cranking up the jams.

Tatum may be the pro dancer here, but Beatrice is no slouch herself, showing us the MOVES before they’re interrupted by some adoring fans. By the video’s hilarious end, the former can be seen spinning in a chair as the latter tries on a hat her customer wants to ring up, giving us all a *serious* case of FOMO. “I rule the world!” Beatrice can be heard yelling out.

What would you do if Channing Tatum stopped into your work? Tell us over @BritandCo.