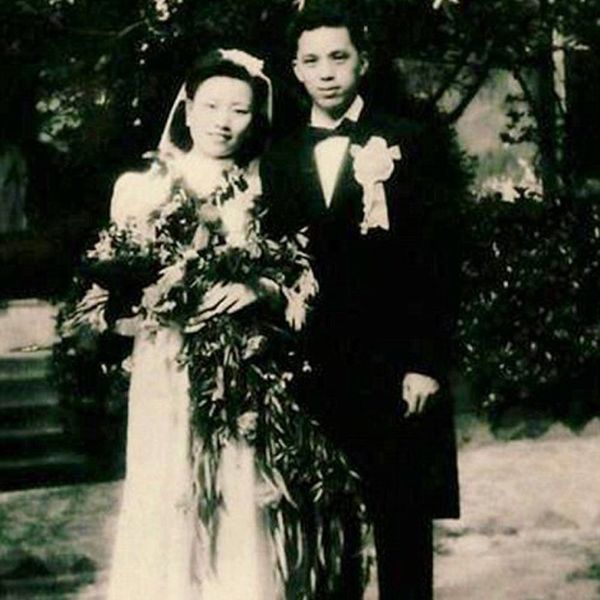 Back in 1945, after some time spent away at war, Cao Yuehua finally came home and married his sweetheart Wang Deyi in Northern Hot Springs Park, along the banks of Jialing River in Chongqing, southwest China. On their special day, the happy couple snapped a photo amidst the lush scenery – Wang in her wedding gown and Cao in his tuxedo. 70 years later ( both at 98 years old) Cao and Wang have returned to that exact spot to replicate the photo they took so many years ago.

In the new photo, their hair is a little bit grayer, Wang’s flowers are a little bit different and Cao’s coat is shorter, but the loving sentiment is what’s really captured the heart of the Internet. And as if this recreation wasn’t sweet enough, get this: They do this kind of thing all the time. According to the Shanghaiist, Cao and Wang make a habit of going back to nostalgic places and recreating favorite photos on special anniversaries.

In fact, this wasn’t even the first time the couple has recreated their wedding photo. They also did it back in 2005 for their 60th wedding anniversary and plan to do it again once they both turn 100.

If you’d like to know more about Cao and Wang, you can find them in the dictionary under “relationship goals.”

Have you ever recreated an old photo? How did it turn out? Share with us in the comments below!

(Photos via The Shanghaiist)

Cortney Clift
Cortney is the senior writer and special projects editor at Brit + Co. She typically covers topics related to women's issues, politics, and lifestyle. When she's not buried behind her computer you'll find her exploring New York City or planning her next big adventure.
Wedding Planning and Decor