This Is the Real Reason You Crave Chips + Candy 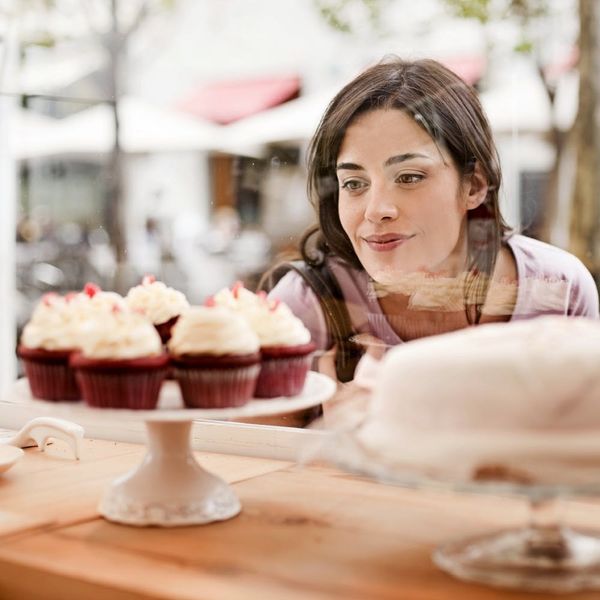 No matter how hard we try to curb our afternoon snack attack, sometimes we find ourselves still chowing down on unhealthy snacks like candy and chips. Well, according to a new study from the British Psychology Society, boredom is probably to blame. So if you’re reaching for a mini rainbow donut, chocolate funfetti nachos or an extra handful of potato chips during the day, there’s a good chance you’re just bored. The study came to the conclusion that when bored, people crave fatty and sugary foods.

Dr. Sandi Mann from the University of Central Lancashire (UCLan) and Faye Ibbitson and Ben Edwards, co-authors of the research, conducted two different studies surrounding boredom and its effect on people’s food choices.

First, they asked 52 people to complete a questionnaire about their food choices both before AND after doing the super boring task of copying the same group of letters repeatedly. The researchers found that the participants were more likely to show preference to unhealthy foods like chips and desserts after doing the boring task.

In the second study, they asked 45 people to watch either a funny video or a boring video and provided both healthy and unhealthy snack options to both groups. They weighed the bowls before and after to measure how much was eaten. And shocker — the group that got stuck watching the boring video ate significantly more of the unhealthy snacks.

According to Dr. Mann, the results aren’t all that surprising, adding, “This strengthens the theory that boredom is related to low levels of the stimulating brain chemical dopamine and that people try to boost this by eating fat and sugar if they cannot alleviate their boredom in some other way.”

She also goes on to note that future health education campaigns should take into account boredom, especially in the workplace.

Kelsey Nelson
Kelsey Nelson is a born-and-raised Ohioan living life in South Carolina. She thrives at binge watching Netflix, contemplating what to order at the bar and running any trail or road she can get her feet on. In addition to being a Brit + Co contributor, she writes about southern pleasantries, DIY mishaps and more at North Living South. If she isn’t writing or running, she’s off adventuring with her husband Brad and their Lab/Dachshund mix, Gordy.
Healthy Living
Health
Healthy Living study
More From Health