Chloë Grace Moretz Had the Most Graceful Response to Questions About the Louis C.K. Scandal 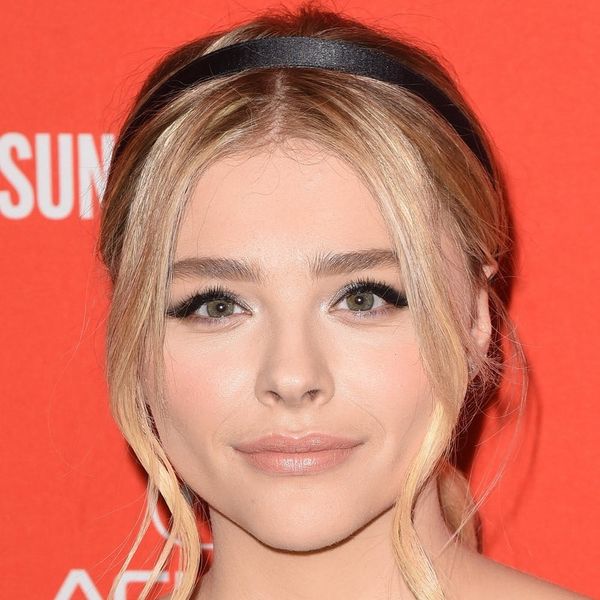 Hollywood has been forced to reckon with plenty of scandal and heartbreak since allegations of sexual assault and harassment began tarnishing the names of some of its biggest and brightest stars, including comedian Louis C.K., who confirmed claims of sexual misconduct by five women back in November. Now, the actor’s former co-star, Chloë Grace Moretz, who was recently asked about the issue at Sundance, is addressing it in her own way with a graceful response that reaches far beyond her short 19 years.

The pair’s would-be film, I Love You, Daddy, centered on a divorced dad (C.K.) who is forced to step up to the parenting plate when his 17-year-old daughter (Moretz) becomes the object of affection for a 68-year-old filmmaker (John Malkovich). Set for release shortly after an exposé detailing the allegations against C.K. broke, the film was swiftly cancelled, with its disgraced star buying back the rights to the film back in December for just $5.

When pressed for comment by Variety at Sundance, the young starlet, who has remained silent about the issue thus far, chose not to single in on the star at the center of the film’s controversy.

“I could single-in and talk about my experience, but I think it’s more important to talk about the entire movement as a whole,” she said. “I’m one of hundreds of thousands of women in so many different industries that has a story. You could ask anyone in this room and they’d all give you 10 stories, I’m sure.”

She went on to speak to the fact that the question in and of itself was a sign of societal progress, saying, “The fact that you asked this question at Sundance, in a video suite, this never would have happened two years ago. So the fact that it’s a conversation, and that it’s a question is monumental… We’ve all been through a lot of stuff, but at least we’re communicating and people are going to be held accountable.”

While she didn’t name C.K. specifically, it’s clear she supports the forward movement that has accompanied efforts such as #MeToo and TIME’S UP.

Kudos to the Moretz for handling an uncomfortable situation with all the poise and grace that her own middle name would suggest.

What do you think of Chloë’s response? Sound off over @BritandCo.

Nicole Briese
Nicole is the weekend editor for Brit + Co who loves bringing you all the latest buzz. When she's not busy typing away into the wee hours, you can usually find her canoodling with her fur babies, rooting around in a bookstore, or rocking out at a concert of some sort (Guns N' Roses forever!). Check out all her latest musings and past work at nicolebjean.com.
Celebrities
Current Events
Celebrities Controversy Movies