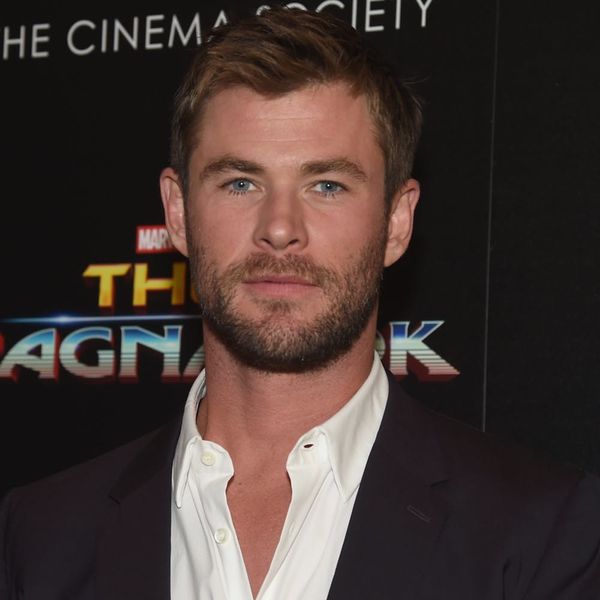 It’s hard to imagine a day when Chris Hemsworth isn’t Thor, but that day may be coming sooner than we think. The actor revealed in a new interview that he’s “contractually” done with the Marvel character after Avengers 4, which is due out in May 2019 and will act as “a finale,” according to Marvel boss Kevin Feige.

“Contractually, right now — yeah, this is it. I’m done. I won’t be playing the character again,” Hemsworth told USA Today. He also said that while the commitment to the franchise initially “seemed like this never-ending thing,” leaving Thor behind is “a scary thought.”

And even if he does want to continue his reign as the Asgardian superhero, now isn’t necessarily the time. The 12 Strong star noted that they’ve talked about doing a Thor 4 after the success of Thor: Ragnarok, but that Feige told him, “Look, we just have to concentrate on [Avengers] now.” Hemsworth is taking that advice to heart. “So who knows? There are 76 cast members in these two Avengers films,” he told USA Today. “They will be the biggest films of all time, far bigger than my character. It’s a conversation for further down the road, if it was going to happen.”

Chris Evans also spoke with Entertainment Weekly about what’s ahead for his character and the overall franchise, saying, “I had six films in my Marvel contract, so I could have said after the third Avengers I was done, but they wanted to make the third and fourth Avengers films as a two-parter. They said they had so many other characters to fit in — Guardians of the Galaxy, Black Panther, Captain Marvel, Doctor Strange, Ant-Man – and couldn’t get them all into one movie. … It made sense. It’s going to wrap everything up.”

If Avengers 4 is the end, it’s going to be hard to say goodbye to the likes of Hemsworth, Evans, Robert Downey Jr., Scarlett Johansson, and the rest of the actors who have stepped into the Marvel Universe. But we have a feeling this isn’t the end of spectacular superhero films. Maybe the Avengers are just stepping aside to make room for new characters like Brie Larson’s Captain Marvel.

In the meantime, you’ll still be able to see Thor, Cap, The Hulk, Black Widow, and more when Avengers: Infinity War hits theaters on May 4.

Would you like to see more from Thor? Let us know @BritandCo!