Chrissy Teigen Weighs in on the Logan Paul YouTube Controversy 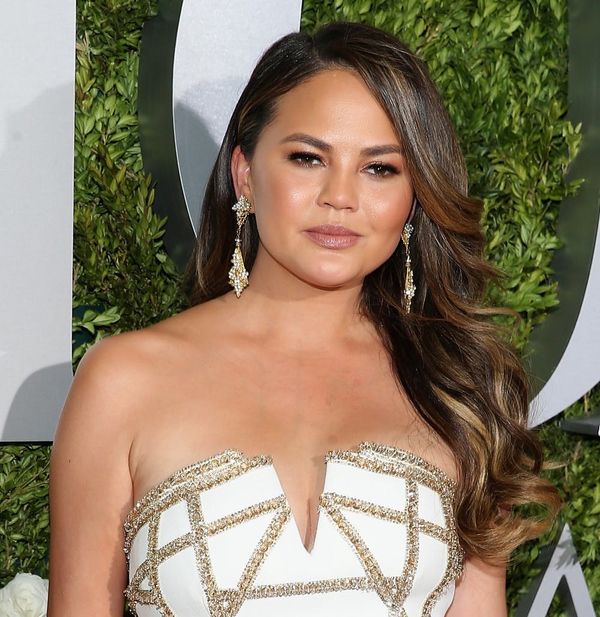 Chrissy Teigen has locked her Twitter account for the second time in as many years, but that doesn’t mean she’s stopped being vocal about, well, everything. The Lip Sync Battle co-host took to Twitter on Tuesday to discuss the events around YouTuber Logan Paul’s now-deleted video showing what appeared to be the body of a recently deceased person in Japan’s aptly named “suicide forest,” and she immediately faced criticism for what some people perceived as her defending Paul.

“Re: Logan Paul,” the 32-year-old tweeted, “something I always think about is when people make…ethical mistakes, as in, not-illegal, should we really be trying [to] ruin their lives and end their careers or accept the apology, personally make a choice to stop watching, and move on.” When people argued that he deserved the hate he was getting online, Teigen clarified her stance.

“I’m not saying what he did wasn’t sick and stupid and his videos aren’t or haven’t been stupid, I’m saying…a lot of you don’t know what it’s like to have a campaign to end your entire being,” she tweeted.

As previously reported, Paul came under fire for posting a video he filmed in Japan’s Aokigahara forest — notorious the world over for the high suicide rates found within the park.

Although Paul has apologized twice and asked that people not defend him, many fans came to his defense anyway, which may be why some people were upset with Teigen’s tweets. “Oh no girl this is a bad take…” one fan replied, to which Teigen tweeted, “You’re right. No conversations allowed. Let’s end him.”

“I think I’m talking to the wrong audience here,” she added. “Not many of you guys will ever understand the campaign to END YOU…some of you are the enders and there is no conversation allowed (which I now clearly see).”

To another tweeter who wrote that they “kind of [hated]” him for what he’d done, she wrote: “You are completely allowed to hate him. I’m not saying you can’t. But how long can we try to ruin somebody for?” Finally, the Sports Illustrated cover model insisted: “I didn’t. Say. I wasn’t. Offended. I said we need to stop watching.”

She also stressed in other tweets that she thought what he did was wrong, writing, “I hate that I used this guy in my case for internet shaming and mob mentalities and bigger issues of social justice. Now it seems like I really cape for this guy whose name I’ve never uttered before today. That was my mistake. He did a horrible thing. A stupid thing. … I’m not concerned about his personal well being at all. I think this is a longer conversation about…and I hate this phrasing but…us as a society.”

YouTube, for its part, issued a statement on the video late Tuesday, saying, “Our hearts go out to the family of the person featured in the video. YouTube prohibits violent or gory content posted in a shocking, sensational, or disrespectful manner. If a video is graphic, it can only remain on the site when supported by appropriate educational or documentary information and in some cases will be age-gated. We partner with safety groups such as the National Suicide Prevention Lifeline to provide educational resources that are incorporated into our YouTube Safety Center.”

I just received an official statement from a contact at @Youtube regarding the outrage and controversy around Logan Paul’s (now self-removed) “We found a dead body” top trending Youtube video.

I’ll save my personal comment for later. Just wanted to pass this along. pic.twitter.com/JNTQDMVvT4

What do you think of Chrissy Teigen’s comments? Let us know @BritandCo.

Kat Armstrong
Kat has been a writer, social media maven and mom for longer than she's willing to admit. She's also spent time in front of and behind the camera, interviewing celebs, politicians and acting as a producer for fashion and artistic photography shoots. When she isn't writing for various orgs and publications, she's hanging with her kids, husband and French Bulldog, Peter, in Toronto, Canada.
social media
Celebrity News
social media