Colin Firth on Woody Allen: ‘I Wouldn’t Work With Him Again’ 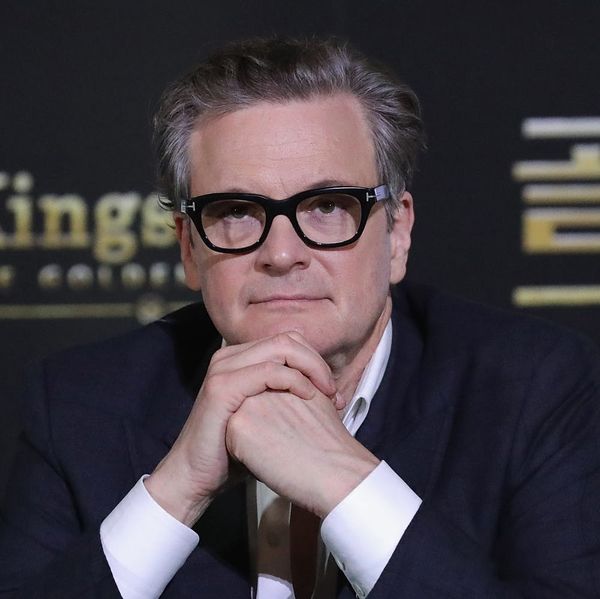 Actor Colin Firth joined a growing list of A-list celebrities on Thursday when he told The Guardian he would no longer be willing to work with scandal-plagued director Woody Allen.

“I wouldn’t work with him again,” Firth told the British newspaper.

Firth’s statement comes on the heels of many, many other high-profile condemnations of Allen, including public statements from Ellen Page, Timothée Chalamet, Natalie Portman, and Mira Sorvino.

Firth’s announcement also coincided with Dylan Farrow’s first televised interview about the alleged assault she experienced at the hands of Allen, her estranged father. Farrow has been fighting for years to have her side of the story heard. In an open letter published in the New York Times in 2014, she described in detail how Allen allegedly assaulted her, and in late 2017 she penned an article for the Los Angeles Times calling out Hollywood for passing over Allen while taking down other men accused of sexual misconduct.

Allen has consistently denied the allegations and was investigated but never charged for the alleged assault.

This isn’t the first time that Firth has spoken out since the dawn of the #MeToo movement. As the allegations against disgraced media-mogul Harvey Weinstein piled up, Firth, who received an Oscar for his performance in the Weinstein-produced 2010 film, The King’s Speech, felt it was time to say something.

“It’s with a feeling of nausea that I read what was going on while I was benefiting from Harvey Weinstein’s support,” Firth wrote in a statement to The Guardian. “He was a powerful and frightening man to stand up to. It must have been terrifying for these women to step up and call him out. And horrifying to be subjected to that kind of harassment. I applaud their courage.”

Firth also starred in the 2014 Allen film, Magic in the Moonlight. He was 53 at the time, and his love interest was played by then 25-year-old Emma Stone. Alarm bells, much? It’s not like this is a new theme for Allen, whose seminal work, Manhattan, follows the romantic affair between then 42-year-old Allen and 17-year-old Mariel Hemingway.

Tell us what you think of all the celebrity condemnations of Allen on Twitter @BritandCo.

Lia Grainger
Lia Grainger is a freelance journalist and reluctant nomad who divides her time between Canada and Spain, weather dependent. She's written for The Atlantic, Reader's Digest, the Toronto Star and other print and online publications, and her work appears in dozens of languages around the world.
Controversy
Current Events
Controversy Movies