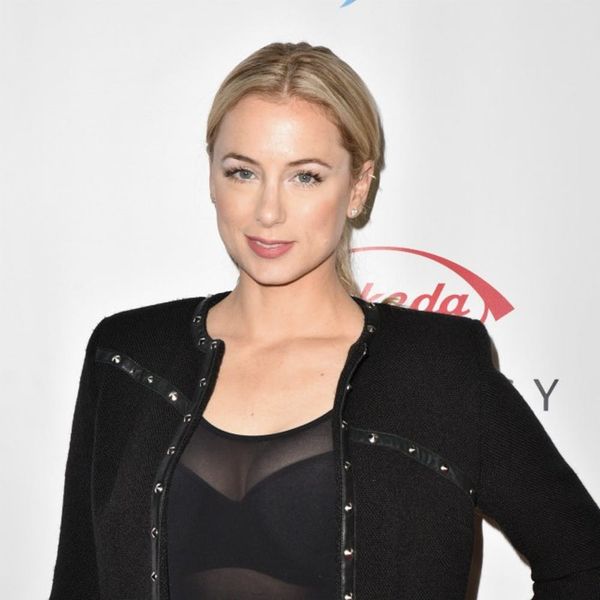 When comedian Iliza Shlesinger created her women-only comedy night, it was intended as an opportunity for women comedians to perform in a traditionally male-dominated field while also giving female lovers of comedy a safe space to enjoy a stand-up show that wouldn’t potentially involve hurtful language about women.

GIRLS’ NIGHT IN with ILIZA and special guests is, according to its website, “a hybrid stand up show and interactive discussion between Iliza and the women in the audience aimed at giving women a place to vent in a supportive, fun and inclusive environment.” A portion of ticket proceeds is donated to Planned Parenthood.

When 21-year-old George St. George saw this, he still decided to buy a ticket for another male friend and himself — despite the show’s explanation that states, “[Iliza] invites women (emphasis ours) of all walks of life to come, laugh with her and at her and be ready to share and feel safe for an awesome night of comedy and love.”

According to a lawsuit filed in Los Angeles, although the men were originally told they could sit in the back of the audience, they were quickly refunded instead. The plaintiff’s lawyer Alfred Rava claims, “it is against many California laws for a business to discriminate against patrons based on their sex or other personal characteristics, such as race or sexual orientation, which should surprise no one.”

Rava also argues in his 14-page filing that the show, “repudiated hundreds of years of women’s struggles to be viewed as being equal to men and is typical of old-fashioned sexism that might also advise a young woman that her best chance for a happy life is to ace her home economics class and learn how to make a queso dip from Velveeta to catch a good man.”

Rava has built his career suing companies and organizations for what he believes is male-based gender discrimination. St. George has also been the plaintiff in multiple cases with his lawyer suing against places that host, “ladies nights,” arguing that giving women a discount is sexist and goes against the state’s anti-discrimination laws.

Rava was also once the secretary of the National Coalition for Men, a non-profit that advocates for what “men’s rights activists” see as issues afflicting men, like their belief that many rape accusations are false, or that divorced dads are treated unfairly.

We took 3 helicopter rides today to get to our 3 shows in Afghanistan. I also brought my star stamp pen from Home for a little Christmas cheer. pic.twitter.com/3UHZ7uc64H

Shlesinger is well known in the military world as an active USO performer (she’s currently on tour in Afghanistan), and published a collection of essays called Girl Logic earlier this year. She hasn’t publicly commented on the lawsuit.

What do you think of the lawsuit against Iliza Shlesinger? Tell us @BritandCo!