Confederate Statues Are Quietly Being Removed Across the Country 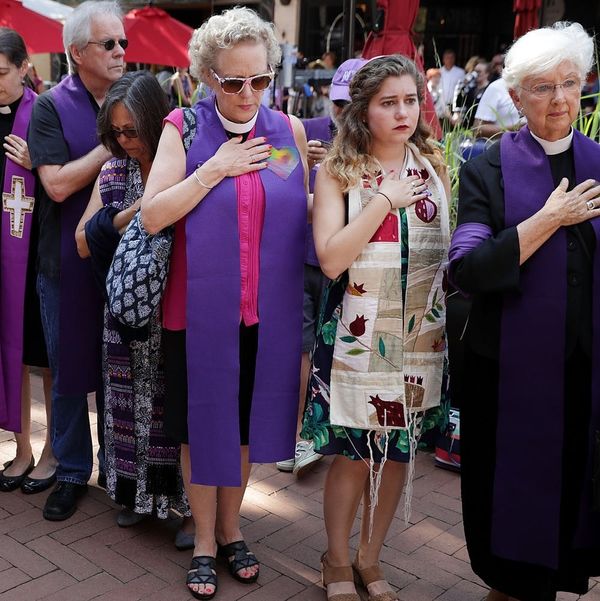 Very early this morning in Baltimore, Maryland, crews of workers quietly removed the city’s Confederate statues. The Washington Post reports that while Baltimore’s mayor, Catherine Pugh, announced Monday that the city was in talks to remove the statues, the monuments came down with no direct advance notice to the public. Without commotion or protest, they quietly disappeared.

Today’s news from Baltimore is part of an encouraging trend. Following the weekend’s events in Charlottesville, some cities and their citizens are acting quickly to remove Confederate statues from public places. Though the statue of Robert E. Lee is still standing in Charlottesville’s Emancipation Park, activists are now moving to take statues down on their own, while some cities are revealing plans to officially get rid of theirs like Baltimore did.

On Monday, anti-racist activists in Durham, North Carolina, tore down a statue of a Confederate soldier themselves. Three participants were arrested and charged with two felony counts: inciting a riot and taking part in a riot that led to the destruction of property, among other related misdemeanors.

A statement supporting the protesters was posted to Durham’s Workers World Party Facebook page, explaining: “Confederate statues aren’t just hunks of metal and concrete. They represent the roots and history of a system of white supremacy that disenfranchises, murders, displaces and harms Black and Brown people up through today. If the people decide they want to remove such a statue, that should be their right.”

In the same post, arrested activist Takiyah Thompson explains that she and others decided to take action to dismantle the statues because local politicians haven’t. (It’s worth mentioning that North Carolina state law currently forbids Confederate statues from being removed.)

Since then, North Carolina governor Roy Cooper has come out against these monuments himself, releasing a statement that said: “We cannot continue to glorify a war against the United States of America fought in the defense of slavery. These monuments should come down.”

NPR reports that a group called the Daughters of the Confederacy in Gainsville, Florida had a Confederate statue called “Ole Joe” removed from the city shortly after last weekend’s bloodshed. And earlier today, a plaque honoring Confederate president Jefferson Davis was removed in San Diego.

Meanwhile, Houston Mayor Sylvester Turner told the City Council on Tuesday that he would like a review of the city’s Confederate monuments and recommendations for action, the Houston Press reports.

These cities are not alone. Local governments in several other cities, including Memphis, Tennessee, Lexington, Kentucky, and Jacksonville, Florida are also reportedly in talks to remove their Confederate statues.

Some people object to the removal of Confederate monuments, claiming that doing so is a way of changing or erasing history. But activists and some politicians take the opposite side, arguing that taking down these statues instead honors the full story of American history, which includes the brutal enslavement of Black people.

In a blog post where he stated he would call upon the state legislature to reverse the 2015 law that prohibits the removal of Confederate statues, North Carolina Governor Roy Cooper wrote: “Our Civil War history is important, but it belongs in textbooks and museums – not a place of allegiance on our Capitol grounds. And our history must tell the full story, including the subjugation of humans created in God’s image to provide the back-breaking labor that drove the South’s agrarian economy.”

Our nation still has a lot to grapple with in terms our history of, and present engagement with, racism. This is why many citizens and political officials believe that the removal of Confederate statues is necessary.

The tearing down of monuments will not fix police brutality, rid the country of racist hate groups, or amend the laws that protect racism. However, the removal of these statues is part of a much longer national conversation about how to contend with racism in America, and is a sign of some progress during a dark time.

What are your thoughts of the removal of more Confederate statues? Tell us on Twitter @BritandCo.