Science May Have Found a Way to Prevent Couples from Fighting 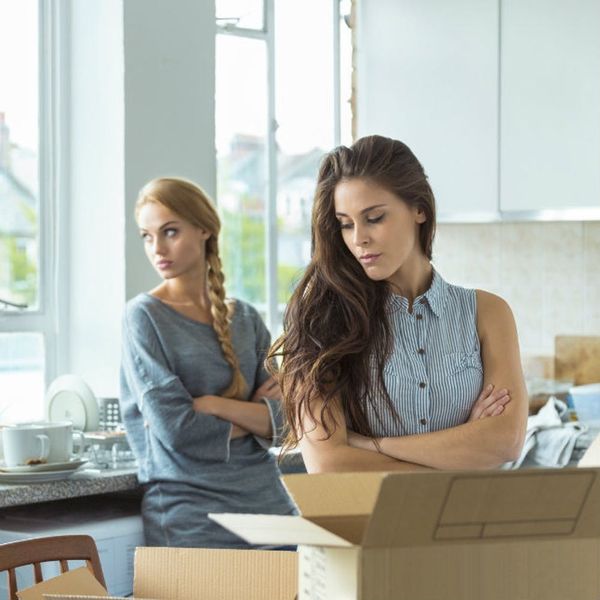 We already know that generosity is the key to happiness in a marriage, but even the most content and stable relationships have bad days and conflict every now and then. While being mindful or avoiding certain words during fights can help manage tense times, wouldn’t it be great to have a warning signal when bae has had a bad day (and thus let you cut a potential fight off at the pass)? Researchers at the University of Southern California think so. In fact, they may have just invented it!

A study recently put out by a team from USC shows that it’s possible for “passive modal computing” (read: wearable tech, basically) to monitor, gather, and analyze data from your body and subsequently detect when you’re stressed, anxious, or sad. The team of researchers developed algorithms to define these emotions and collected data from participants like body temperature, heart activity, sweat, audio recordings, what the participants’ were saying, and their vocal intensity through wearables, cell phones, and physiological signals.

To test their idea, the research team analyzed IRL couples using the data while simultaneously having the couples self-report on their emotions and actions when conflict within the relationship occurred. The authors found that their algorithm was 86 percent accurate in its ability to detect the conflict (we’re pretty sure that’s way higher than the whole “please can you just read my mind?” theory we’ve been working on with bae).

The next step is to harness this technology in a real, actionable way that helps couples dissolve conflict before it starts. Lead author Adela C. Timmons, a psychology PhD student, says, “The eventual goal [is to] develop interventions to improve couple functioning.” In other words, the authors believe they can create tech to alert both you and your partner when there’s a high probability for a disagreement. So if you’ve had a bad day at work and are showing all the physiological signals of conflict, the tech could send your partner a text advising them to be respectful of your space when you arrive home. It could also prompt you to meditate for 10 minutes before meeting up with your S.O. so that you aren’t still riled up and looking for a fight. Sign us up for the beta testing!

Is this potential conflict warning device something you’d want to try? Tweet us @BritandCo and tell us your thoughts!