Couples Costumes for Any Dress Up Party 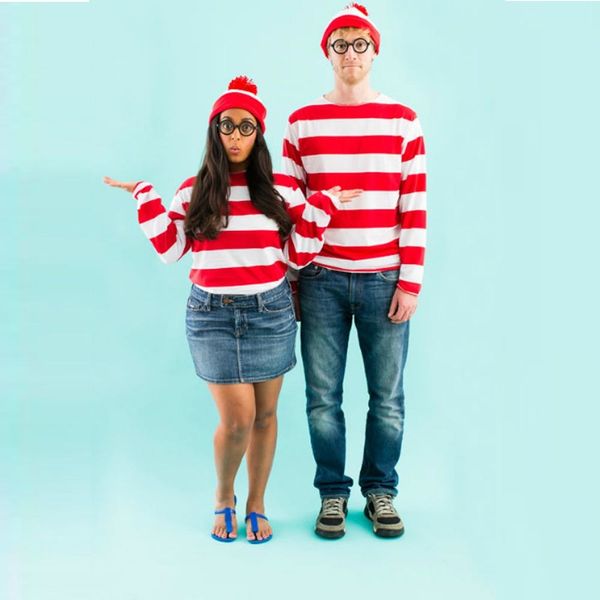 We love Halloween! The decorations, the food crafts and the costumes — any excuse to DIY. Of course, we start thinking about Halloween waaaay in advance. Especially when it comes to costumes. It has to be something clever, if we are to top last year’s stunners. We always find the clever quotient grows exponentially when more people are involved. It’s doubled when the costume is a couple and tripled or more when it’s a group costume. If you are looking for some ideas, here are 100 halloween couples costumes; quite a few by Brit + Co staffers.

We’re not alone when it comes to our deep affection for all things Halloween. According to the National Retail Federation, 70 percent of us 18- to 24 and 65 percent of us in our late-20s and early-30s will wear a costume for Halloween. And 20 million of us will dress up our fur babies! The average person spends about $75 on their costume, and that adds up to a lot of dough. $2.5 billion is spent in the U.S. on halloween costumes, large and small — including store-bought and DIY — with more spent on adults ($1.2 billion) than kids ($950 million) and, the increasingly popular category, pets ($350 million).

When it comes to costume ideas, many of us turn to movies, musicians, comedians and other celebs. More than 25% of us will dress as a pop culture icon of some kind. Not surprising; it’s so much fun to dress up like celebs we admire. Here are 22 pop-culture themed group costumes and, one of our all-time favorites, 6 ways to dress up like our favorite Kristen Wiig character from SNL.

If you really want to stand out this halloween, do not plan to dress up as any of the following:

These were the most common Halloween costumes last year, according data company Prosper Insights & Analytics. Witch has held the number-one spot for over a decade. We also predict a lot of political costumes this primary election year. It’s just so much fun to poke fun at a politician.

We want to see your cleverest costume ever. Tag us on Instagram @britandco. Come on — it’s nice to share!