Crayola Has FINALLY Announced the Name of Their New Blue Crayon 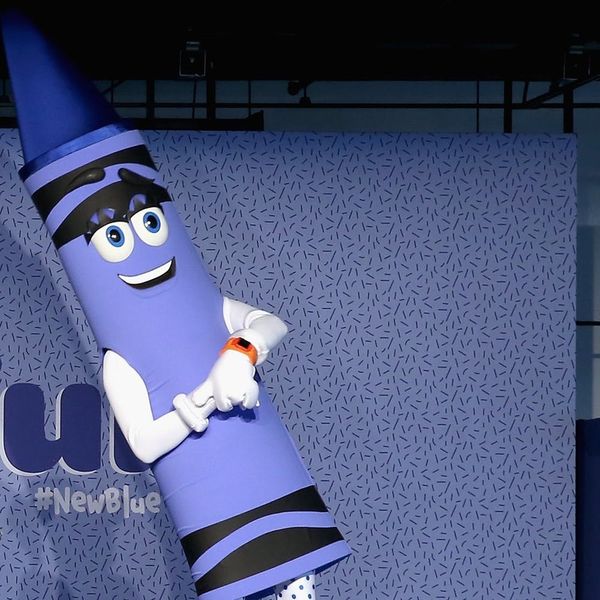 Way back in March, Crayola announced that it was getting rid of one of its classic colors in order to make way for a new shade. And while we were definitely disappointed to have to say goodbye to Dandelion yellow, we were thrilled to be able to help name its replacement, which was inspired by the YInMn pigment discovered in 2009. Now, Crayola has FINALLY announced the winning name for its new blue crayon.

Crayola landed on the name after reviewing a whopping 90,000 submissions and tallying nearly 400,000 votes (people are obviously very invested in this).

Introducing Bluetiful! North America voted and chose the winning name for our new blue! Find out more about the newest member of our box here: http://bit.ly/2t3hFNe

The big announcement was made at a blue-themed event in NYC, where Crayola also unveiled the world’s largest crayon — in the new Bluetiful color, natch — which measures 15.6 feet in length and weighs 1,352 pounds. A Guinness World Records representative was on hand to verify the size of the crayon and presented Crayola with the Guinness World Records title for the largest crayon. Not too shabby!

“Today is a very exciting day for Crayola as we commemorated two big milestones,” said Smith Holland, President and CEO of Crayola. “First, we unveiled that Bluetiful won the hearts of North America and will be the name of Crayola’s new YInMn-inspired crayon color.” FYI: YInMn (for yttrium, indium, manganese) is an inorganic blue pigment.

“And second,” he added, “we became a GUINNESS WORLD RECORDS title holder for the first time in our 114-year history. We couldn’t have imagined a more special way to conclude our color campaign and champion color and creativity than with this new crayon color and name.”

You’ll be able to nab the new color at retailers nationwide beginning in late January 2018. However, you can also pick up the new Bluetiful crayon at Walmart (along with Walmart.com and Jet.com) beginning in early November, just in time for the holidays.

What do you think about Crayola’s new Bluetiful crayon? Let us know @BritandCo!