This Dad Started a Feminist Beauty Company for His Daughter 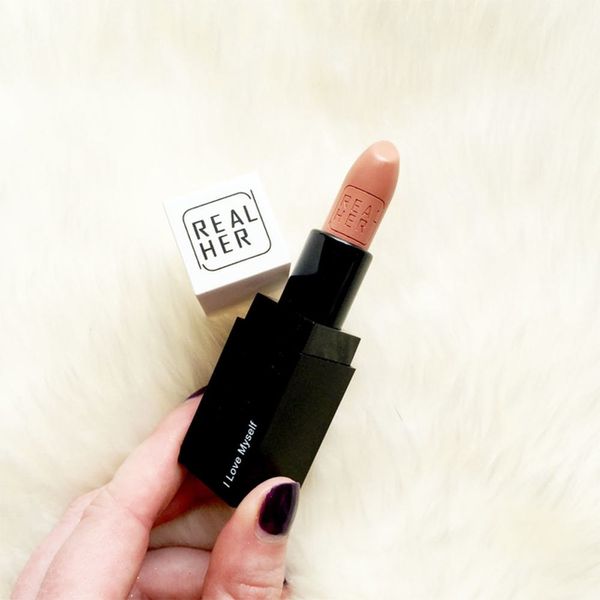 When it comes to dads and daughters, there are plenty of guys out there who will go to just about any length to make their little girls happy. Some might play the Beast to their daughter’s Belle, while others are busy learning the ropes on how to make the perfect braid. And others still are being inspired to take on a whole new line of work: Take the beauty company Bill Xiang just launched in the name of women, for instance!

The father and longtime makeup formulator (Xiang worked in the industry for more than 10 years prior to having a child) decided to start RealHer Makeup following the birth of his daughter, an event which quickly made him realize he was a feminist.

Though he hadn’t pondered the concept much before, Xiang reveals on RealHer’s website that. “After Yarie was born, I started research into how — as a father — I could best take care of a baby girl. It was striking to me how complicated it is for a girl to grow into a woman in this society, and how society affects a woman’s life.”

Combining his know-how of makeup formulation with a brand new mission to help empower women, the cruelty-free, natural makeup line, which gives up to 20 percent of all of its proceeds to the American Association of University Women (an organization that works to educate women and achieve salary equality, in addition to many other important female advancement initiatives), was born.

Happy Monday! Want to keep up with all the latest at RealHer? Be sure to subscribe to our email list for promotions, giveaways and product launches 👄 #RealHer

Not only does it help support women financially, but each product bears an equally empowering message for young women, with slogans such as “I decide my destiny,” I will succeed,” and “I am ambitious” emblazoned alongside the packaging of the line’s lipsticks and glosses, lip liner, eye shadow, and even brushes and makeup blenders, to serve as both a reminder and personal mantra for those that wear them. “I want to do whatever I can to make as much difference as possible, as quickly as possible, to help more women,” Xiang wrote in his founder’s bio.

Beyond its feel-good vibes, there’s also the quality of the product, which, if rave reviews are any indicator, is pretty top notch. So far, the brand’s biggest buzz is surrounding its Matte Liquid Lipstick ($18) which is said to stay put for up to 10 hours — yowza!

Still, at the end of the day, it’s Xiang’s love for his daughter — and women in general — that makes the line work. “I created this brand for my daughter,” he says. “I want to be her role model… I try to build the brand to influence women the way I would want any company to inspire my daughter: Inspire her to become independent, successful, and fulfilled, without telling her she isn’t enough.”

Are you going to try out one of RealHer’s affirmational beauty products? Tell us which one @BritandCo!

Elyse Roth
Elyse Roth is a freelance writer and editor who is a midwestern transplant in NYC. She loves to explore the city, plus you can find her at a Broadway show or the ballet usually once a week. When she's not finding things to do in New York, she's thinking about where she can travel next. She's combined her love for food and TV into a blog where she makes food eaten on her favorite TV shows at tvdinnerblog.com.
Beauty Products
Beauty News
Beauty Products Family
More From Beauty News