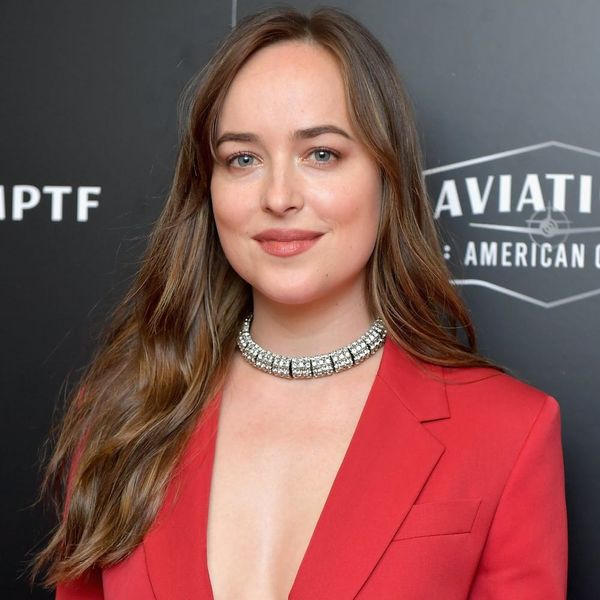 The latest trailer for Fifty Shades Freed showed Anastasia Steele settling into her role as Mrs. Grey with a newfound confidence (that is, until she’s faced with an unhinged former boss). In real life, however, Dakota Johnson, the actress who plays Anastasia, doesn’t always feel so brave. In fact, she just revealed the “very scary” part about starring in the franchise.

Chatting with Allure for their February 2018 “New Naked” issue, the 28-year-old explained, “Fundamentally, I’m open and warm. At my core, I’m a bleeding heart. But when your life is exposed and when the movie that exposes your life is exposing your emotions and your body, it can be very scary.”

She added that becoming a household name hasn’t been easy, but said, “Throughout this entire experience, I’ve learned that I can expose my heart and my emotions and I can still protect myself. I can still be vulnerable and strong. It’s a constant ebb and flow and a battle and trying to figure out how to have those things coexist within me.”

"Fundamentally, I'm open and warm. At my core, I'm a bleeding heart. But when your life is exposed and when the movie that exposes your life is exposing your emotions and your body, it can be very scary." Think you've seen all @DakotaJohnson has to offer? She's just getting started. ✨ Link in bio for more. 📸: @petrafcollins 👗: @stella_greenspan 💇🏻: @tamaramcnaughton 💄: @emikaneko 💅🏼: @ashlie_johnson

It’s been a learning process, but it certainly sounds like Johnson feels it was worth the effort. As she told Allure, this is a role that truly resonated with her. “I don’t know how to explain it in a way that doesn’t sound hokey, but when I’m on a project, I’m on it for a certain reason, and I’m involved with the people for a reason,” she said. “It’s always some sort of weird marriage to something that’s happening in my life, or the character has some connection to something that’s going on [in my life].”

Do you think starring in a popular movie like Fifty Shades Freed sounds exciting or scary? Let us know @BritandCo!