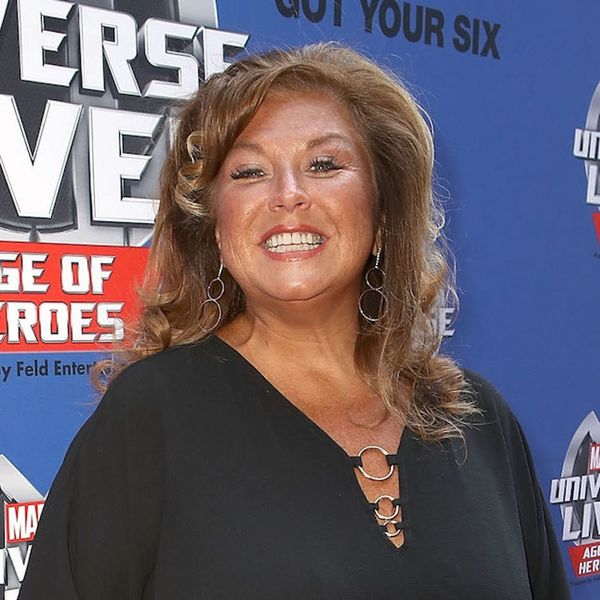 Abby Lee Miller starts her prison sentence and Bachelor in Paradise confirms its premiere date in this morning’s top new stories. Check out those and more below in the Thursday Morning Buzz!

1.Abby Lee Miller has officially started her 366-day prison sentence. Miller turned herself in two hours before her 2pm Wednesday deadline on what her lawyer, Robert Ridge, said was an “extremely emotional day” for the Dance Moms star. “Earlier today, Ms. Miller expressed to us that she is looking forward to starting the process of completing her obligations set by the Court,” he continued in a statement to ET. “She has accepted that this matter will never truly be ‘behind her,’ but this chapter of the process has begun and there is now an end in sight.” Miller is serving time for bankruptcy fraud and has previously said that she plans on getting through her year and a day in prison by pretending she’s in a movie. (h/t ET; photo via Ari Perilstein/Getty)

2. Bachelor in Paradise has a new premiere date — and some surprising Corinne Olympios news. It’s official: After being temporarily suspended due to (and eventually cleared of) misconduct allegations, Bachelor in Paradise will return with a two-night premiere on August 14 and 15 at 8pm ET/PT, according to THR. The new date was announced shortly after some other big BIP news: Corinne Olympios, one of the cast members involved in the allegations and who has since left the show, revealed that she would attend the reunion episode. “I am very happy to be appearing on the Bachelor in Paradise special,” Olympios said in a statement via her publicist Stan Rosenfield. The other former cast member involved in the allegations, DeMario Jackson, recently announced that he would attend the reunion special as well. (h/t THR; photo via Joe Scarnici/Getty)

3. Selena Gomez just released her steamy new single “Fetish,” and fans are FLIPPING for this one line. Gomez has been teasing her new single “Fetish” all week, and at midnight she unleashed it on the world. The song might just be the singer’s sexiest — and most self-empowered — yet, and fans can’t get enough of the line “If I were you, I’d do me too.” “Selena literally went from ‘maybe I should be more like her’ to ‘if I were you I’d do me too’ and it makes me so proud,” one fan wrote on Twitter.

I would never put my daughter in a corset!It's a dress I bought that is a cotton fabric that laces up & looks like a corset! Just decoration pic.twitter.com/hZzZLs04sM

4. Kim Kardashian is clapping back at people who accused her of dressing North West in a corset. Kardashian is not sitting by while negative comments come in this week. Earlier in the week, she immediately addressed people who thought they spied drugs (that turned out to be markings on a marble table) in the background of a Snapchat, and now, she’s responding to critics who were outraged over North wearing what looked like a corset. “This dress, that I did not design — I actually bought — is not a corset,” she states in a video showing the dress. “It’s just fabric on the front that looks like a corset. I think it’s really cute. I bought it from a designer and it’s just fabric, people, it’s not a real corset.” She reiterated on Twitter that she would never put her daughter in a corset.

Sir Andrew Murray is NOT amused with your casual sexism! #wimbledon pic.twitter.com/a6pTpHCFSr

5. Tennis star Andy Murray stood up for female tennis players and his mom was so proud. During a press conference that followed Murray’s Wimbledon quarterfinals loss to American Sam Querrey, a reporter called his winning opponent “the first U.S. player to reach a major semi-final since 2009.” But Murray, without missing a beat, interrupted to clarify that he was the first “male player.” At the risk of celebrating the bar being this low for men being feminists, let’s just appreciate how quick, straightforward, and classy Murray’s response was. His mom was certainly proud, tweeting, “That’s my boy,” with a big red heart emoji. AWW.

6. Quote of the day: “Start where you are. Use what you have. Do what you can.” A lesson in not putting things off or making excuses from Arthur Ashe.

Are you a procrastinator, or do you like to get things done? Let us know @BritandCo!