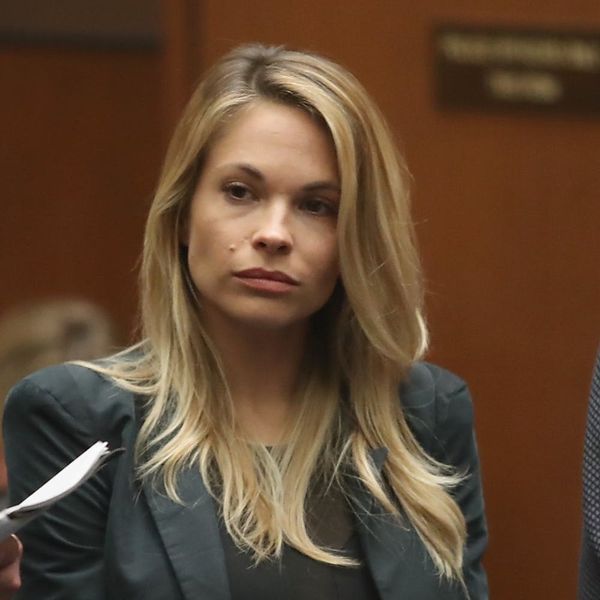 When it comes to the Dani Mathers’ case, we’ve heard plenty from Mathers herself. The 30-year-old playmate who posted a now infamous photo of a fellow, 70-year-old gym-goer in the buff to Snapchat along with some rather harsh words about her physique (“If I can’t unsee this then you can’t either”) nearly a year ago, has been facing the social and legal fallout of her actions ever since.

The model responded to the backlash almost immediately following the incident, taking to Snapchat shortly after posting the initial photo to say that she had uploaded the pic, which was meant for a friend, by accident. She also broke down on Good Morning America recently, telling the hosts that the situation had left her feeling “really low” and that she herself had become a victim of privacy invasion following the incident. “I had lost my privacy after taking the privacy of someone else,” she explained.

Yet while we’ve now learned her legal fate — Mathers was sentenced to 30 days of community service, $60 restitution, and 36 months of summary probation after being charged with misdemeanor invasion of privacy — we’ve still yet to hear from the other party involved: Mathers’ photo victim.

City Attorney Mike Feuer spoke with the woman in question, who has chosen to keep her identity private following the ordeal, about her feelings regarding the case, and shared them with the LA Times.

According to Feuer, the unnamed woman is understandably “humiliated,” and was taken aback at Mathers’ tearful television appearance, during which she also claimed to have reached out to the victim. “I will share with you, that surprises the victim, who told me she is unaware of any attempt by Ms. Mathers to reach out to her,” Feuer said.

The attorney also revealed that the victim was just as happy as Mathers likely was that the case didn’t end up going to trial. “She’s relieved that she didn’t have to endure a trial and testify, but she was willing to do so,” he said. “She wishes the whole chapter, this painful chapter, would close — the impact of the photograph being taken and disseminated and what that’s meant to her as well as what it’s meant to hear Ms. Mathers be held accountable for what she did.”

As for Mathers’ sentence, which some were quick to criticize, saying it was little more than a slap on the wrist, Feuer said he sees it in a rather different light. “The term ‘community service’ really misstates what’s going on here,” he said. “This is community labor. This is not a glamorous star turn someplace. This is erasing graffiti on the street. And I think that, combined with restitution (the victim had requested $60 to replace a backpack that was seen in the photo that she felt might identify her), combined with the probationary terms here, which are fairly extensive, taken together is an appropriate sentence,” he said.

Still, he says the victim’s courage in pressing charges will have a meaningful impact on future cases to come. “She’s very modest, very humble about that, and disclaimed any credit that she might have for having what it takes to have this seen through,” he said.

Ultimately, Feuer said that when it comes to the victim, however, “The impact of this incident is irreparable. And it causes harm that will reverberate on and on… I think there’s no question that in this case, the invasion of her privacy, compounded by the dissemination of the photo that was taken, has had what I hope will be a dissipating impact over time but certainly a severe impact now.”

Here’s to wishing her all the best in her journey to self-healing.

Do you think Dani has paid her dues? Let us know over @BritandCo.