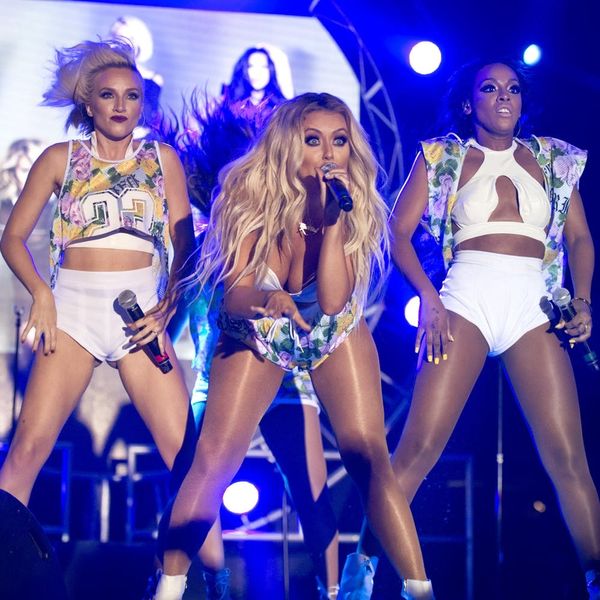 The world may still be waiting on an official Spice Girls reunion, but another pop group from the past is officially hitting the road. Danity Kane revealed on Wednesday, August 15, that they’re reuniting and taking their act on tour.

“We have been through a journey of a lot of ups and downs, but on any journey, you know, it requires the people involved to not be willing to let go of each other and that’s what we’re on,” Aubrey O’Day told E! News. “We’re super grateful to be back in each other’s lives … to have survived the last round and truly come together as sisters and do it for ourselves and also for the fans.”

O’Day, along with Dawn Richard and Shannon Bex, were three of the original members of Danity Kane, a pop group formed on the third season of MTV’s Making the Band in 2005. While various members have gotten back together for appearances over the years, the most recent iteration of the group featured the current members, who formed DK3 in 2014. O’Day and Bex later formed Dumblonde and Richard went solo, but now, in an Instagram post from O’Day, the reuinted trio are promising “new albums, new era, grown us.”

The reunion will take O’Day, Richard, and Bex on a 16-date US tour called The Universe Is Undefeated, starting in September. They’ve promised a collaborative show of their solo projects, as well as new DK3 and Danity Kane hits. The group tells E! that they’re most looking forward to spending more time together. “The chemistry is pretty incredible and you can’t make that stuff up, so [we’re] just enjoying the fans and being back together as a family, fans included.”

Are you going to see Danity Kane on tour? Let us know @BritandCo!