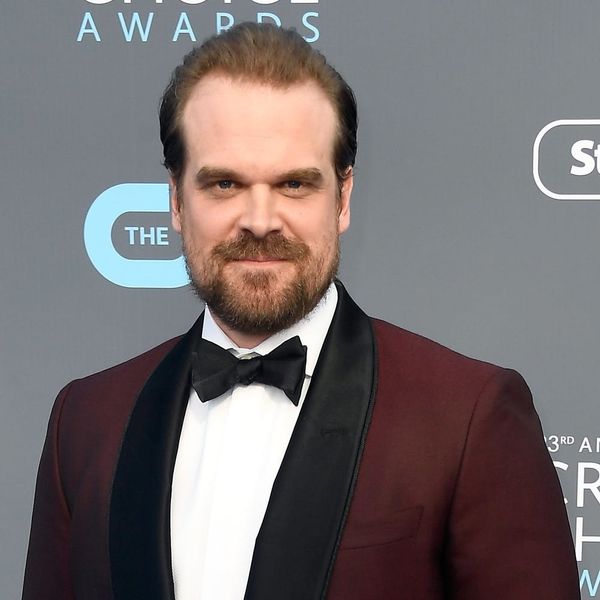 We’re gobbling up every bit of info about Stranger Things season 3 that we can find, but unlike in past seasons, David Harbour won’t be accidentally offering up any spoilers.

The actor, who plays Police Chief Jim Hopper on the Netflix series, has been less than stealthy when it comes to sharing what might be top-secret details. Back in November, the show’s creators, Matt and Ross Duffer, said that they’d stopped sharing information with him because “he tweets it, he puts it on Instagram, he tells every journalist he can find.”

Indeed, that same month, he seemed to hint that — spoiler! — the theory that his daughter Sara died in Hawkins Lab could be true. Talk about (kinda, sorta, maybe) spilling the beans!

But it looks like the 42-year-old might have learned that it’s better for him to keep his lips zipped about certain things. He admitted to Time Out, “It’s so funny, I get in so much trouble revealing little things, so my mouth has been completely shut any time someone asks [about season 3].” (As fans know, even the smallest details can lead to some of the biggest spoilers.)

However, he couldn’t resist sharing this little nugget: “I will tell you this: I haven’t read the scripts yet but, from what [I heard so far] it sounds really, really fun and really amazing. I’m constantly surprised by these writers.”

Do you love or hate spoilers? Let us know @BritandCo!