How to Deal With Peer Pressure As an Adult 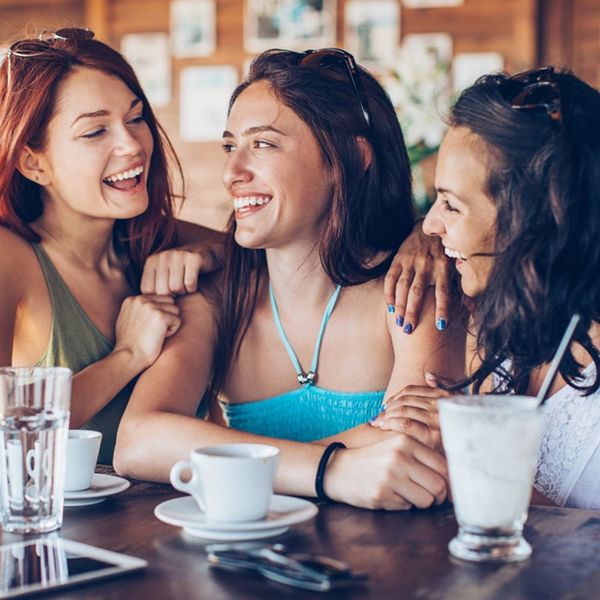 The term “peer pressure” evokes images of middle school bullies or high school stoners, but as it turns out, peer pressure is just as real now that we’re grown ups. We often don’t pause to consider all the ways peer pressure affects our social settings in adulthood: Whether we’re being goaded into doing something uncharacteristically wild at a bachelorette party or attempting to quit smoking among a squad of steadfast smokers, it’s ever present.

And this comes as no shock once we looked into the science of peer pressure. According to a study by Nadège Bault et. al, published in Proceedings of the National Academy of Sciences, humans are practically predestined to succumb to our peers because the human brain puts an emphasis on impressing others in social settings. Makes sense, right?

Luckily, in the way that peer pressure has stayed the same all these years, so have the ways to fight it. Here are three tried-and-true ways to withstand peer pressure, adult-style.

1. Just say no, assertively. We’re taking a page out of D.A.R.E.’s handbook on this one. The response is simple yet effective, so long as you own it. Peer pressure often stems from a lack of confidence from the one doing the pressuring. The person is often seeking validation for their reckless or unhealthy behaviors from others. Your conviction will be off-putting, and they’ll back down. If you’re close friends and you’re worried about offending, use “I” language to soften the blow — for example, “I am feeling this way …” rather than “You’re making me feel this way …” — but always remain firm in your answer.

2. Validate yourself. If you’re feeling a sense of guilt or remorse for skipping out on an activity, remind yourself of your reasoning — say, you turned down that expensive girls’ trip to save money for a new car. There’s a reason why you made this choice, and you know it better than anyone. Take mental note of the motivating factors behind your decision, or write them down, if that’s your style. Not only should your “no” sound confident (see number one), but it should actually be confident, and the easiest way to ensure this is by revisiting your reasoning from time to time.

3. Reevaluate your friend group. Thankfully, in adulthood, the breadth of our social circles expands beyond the schoolyard. If you’re hanging out with a new group of friends, and they’re pressuring you into behaviors that alienate you or make you uncomfortable, consider finding a new crew. It can be as easy as downloading an app. Things can get sticky when it’s a longtime friend pressuring you. But even then — and this might sound harsh — take the time to reconsider the values and basis of that friendship. For example, if you’ve made the personal decision to quit drinking, a quality friend would support you rather than condemn you. Pick your peers with purpose, people!

What kinds of peer pressure do you deal with on the daily? Tweet us @BritandCo!

Annamarie Higley
Annamarie is a Californian who's been plopped in the middle of Missouri for her undergraduate studies in magazine journalism. She's a hiker, an eater, a lover of words. In her opinion, nothing beats a well-made breakfast sammy or a well-crafted sentence.
Adulting
Relationships
Adulting
More From Relationships