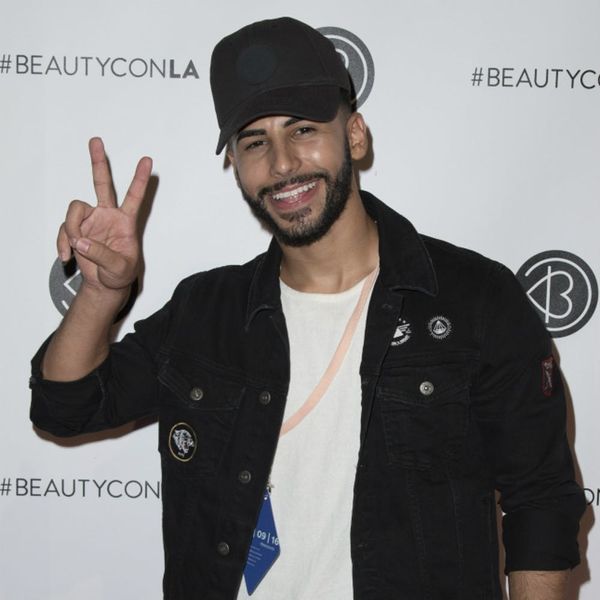 In total WTF news today, YouTube star Adam Saleh posted a video to his Facebook page which shows him and a friend getting kicked off their Delta Airlines flight after speaking Arabic to each other and on the phone. While Delta has regularly ranked high on safety, the airline gets low marks for customer satisfaction. But while usually people might complain about the frustrations of lost luggage, being kicked off a plane for speaking Arabic, well, that’s a new low.

In the video, posted to Adam’s Facebook page, we see the two men being escorted off the plane by flight attendants while a number of passengers yell, “BYE!” According to Adam Salah, he’d called his mother to tell her he had boarded, which made white men around him uncomfortable. They were uncomfortable, he said, because he was speaking Arabic.

The fact that people can’t even speak another language in public these days is pretty terrifying. Even more so, that only one person on board the flight seems to be speaking up on Adam’s behalf and that the flight attendants took it upon themselves to remove the two men from the airplane. What they should have done was tell the men who felt uncomfy that they should just get over themselves.

Adam Saleh has a huge YouTube channel where he pulls practical jokes and stunts on camera. While the prankster is most well known for tricking his hapless family (always with love), his Delta video isn’t a joke. He’s talked about his travel woes before, including when he was stopped at Heathrow in London for a “random” security check, but this is some next-level racism.

Delta hasn’t responded to the video yet, but we’re suspecting that they’re scrambling to figure out how to respond to an internet star being booted from an airline right before the holidays.

Have you ever had issues with another passenger while flying? Tell us about it @Britandco!

Kat Armstrong
Kat has been a writer, social media maven and mom for longer than she's willing to admit. She's also spent time in front of and behind the camera, interviewing celebs, politicians and acting as a producer for fashion and artistic photography shoots. When she isn't writing for various orgs and publications, she's hanging with her kids, husband and French Bulldog, Peter, in Toronto, Canada.
YouTube
Most Recent
YouTube