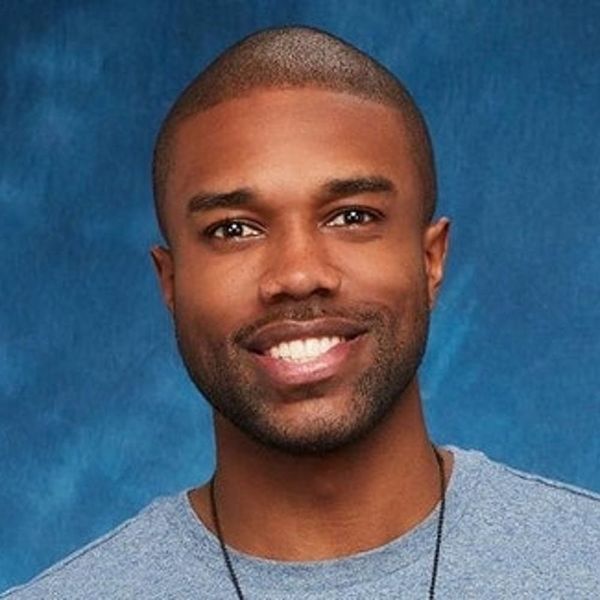 We never really know what to expect from DeMario Jackson — frankly, we’re still trying to wrap our heads around the super-awkward video of him trying to get Britney Spears’ number back in 2008 — but during last night’s Men Tell All special for this season of The Bachelorette, Jackson surprised even host Chris Harrison.

While there was no mention of his involvement in the Bachelor in Paradise season four scandal (though Harrison has promised that all *will* be explained), Jackson had to face a different controversy from his short-lived stint on The Bachelorette. Fans of the show will remember that he was sent home after a woman named Lexi showed up claiming to be his girlfriend. You might have thought he would take the Tell All opportunity to try to win fans to his side… but that’s not what happened.

Launching into a heated defense of his actions, Jackson denied that he had ever dated the woman who accused him of cheating. (“She said we dated for six months, but facts are facts. Show me a picture of her and I. Are there any ocular facts that her and I dated?”) At one point, he mentioned former president Bill Clinton (who, of course, had his own infidelity drama), but most of that comment was bleeped out. “By you guys’ logic, I’m Beyoncé’s boyfriend. I’m dating Rihanna,” he added. “She [only] had text messages. I text everybody.”

Harrison said he had evidence of Jackson admitting to the relationship, but we didn’t get to see it during the special. The host later reflected on the strange situation during a chat with E! News, reminding fans to “take [Jackson] with a grain of salt.”

Harrison previously told Entertainment Tonight that he was a little taken aback by Jackson’s behavior at Men Tell All. “Honestly, after tonight, I don’t know how [the BIP reunion] dialogue’s going to [go]. I thought I had an idea before tonight, but I also thought we’d have a better moment than we had tonight,” he explained after the special taped. “So, I don’t know. Now I’m not really sure how it’s going to be. We’ll see.”

What did you think about what DeMario Jackson had to say during The Bachelorette: Men Tell All? Let us know @BritandCo!