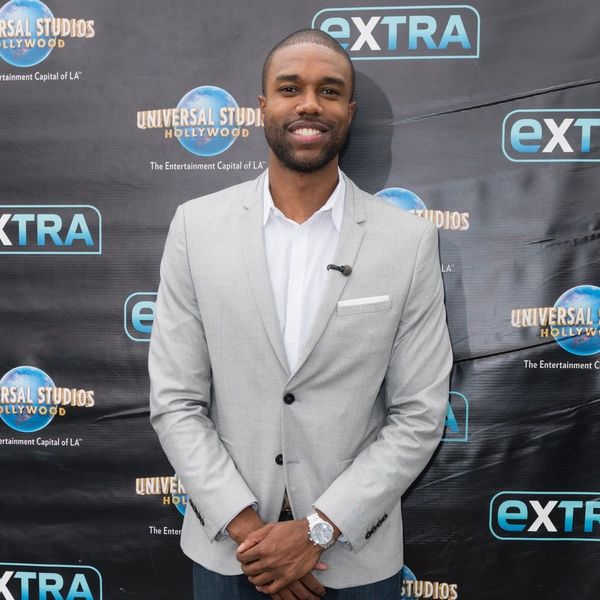 Viewers have been waiting for what feels like forever to see what happened on season four of Bachelor in Paradise to cause a temporary shutdown in production. And now that the two-part premiere has finally aired on ABC, DeMario Jackson, who was directly involved in the situation, says he feels “vindicated.”

The 30-year-old Bachelorette alum shared his thoughts on the premiere with Entertainment Tonight, saying, “I feel like they rolled enough of the tape. You can’t show too much, because that’s gonna disrespect Corinne [Olympios] and I, and I just feel like it wouldn’t be the best or the classiest thing to do. But they showed enough.”

He continued, “The public, they need to see something. I think they just needed to see [that] she’s lucid. I’m lucid. We’re swimming around. We’re having fun. We’re friends. It wasn’t like I’m some predator who was at the bar waiting for the girl to get extremely drunk, then I’m like, ‘Oops! Let me pounce on her.'”

An investigation in June cleared the misconduct allegations, but by then, Jackson’s reputation had already taken a hit. He told ET he was “heartbroken, angry, and depressed” — even “suicidal, but not like the suicidal that you might think.”

“I never thought, ‘Oh, I’m gonna kill myself,’ but it crossed my mind,” he shared. “I remember just talking to my mom, like, ‘My life’s over. Like, I don’t even want to live anymore.’ And she, like, lost it.”

One of his lowest moments was when his grandmother called him about the incident — because someone from the press had called her. “I’m like, ‘Ahhh! You called my grandmother?’ I signed up for this reality. I feel guilty, because my mom didn’t sign up for this, and she’s been getting harassed, people tweeting at her, on her Instagram saying, ‘Your son’s a rapist.’ That was the part I was most sad about. I feel like I created this for my family, in a sense, by being a little reckless. And I just want to say I’m sorry to them.”

Reckless or not, he thinks the public was too quick to judge him. “The human race failed me, because instead of waiting to see what happened, people were already painting me as this horrible villain, and they were slut-shaming Corinne, and it wasn’t the case,” he told ET. “It was just very, like, ‘Oh, Corinne was like this in a past season. So, she’s like this, and DeMario is Black, and the media has portrayed African Americans like this for so many years, so he’s that.’ … Do you guys not think about the people whose lives you’re ruining?”

So far, Olympios has addressed the situation only via statements from her lawyer, but she’ll share her version of events in an interview set to air later this season.

What do you think about how the Bachelor in Paradise premiere handled the scandal? Let us know @BritandCo.